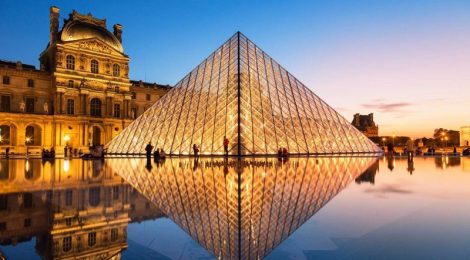 I was born in Paris to a Peruvian father of Italian origin (Sassari, Sardinia) and a French mother. When I was a year old we went back to Lima, Perú on the RMMV Reina del Pacifico, a passenger ship of the Pacific Steam Navigation Company built in Belfast in the 1930s. She was the largest and fastest motor liner of her time, sailing from Liverpool to South America. During the Second World War she was requisitioned for service as a troopship, and also took part in the landings in North Africa, Sicily and Normandy. In January 1947 she was refurbished and returned to service in 1948. A year later my parents, my brother and I went to South America on it.

We lived in Lima and I was very lucky that we spoke French at home, Spanish with the locals and English at school (went to an English school). By the time I was 8 I spoke 3 languages fluently – so easy to learn languages at that age! Once I finished school I went to Secretarial College and worked for a couple of years as a bilingual secretary in various firms.

I was passionate about travelling having been to Guadeloupe in the French Antilles with an Alliance Française scholarship for a month, so in 1969 I decided to become an air hostess as this would allow me to travel. The Peruvian Airlines were looking for trilingual hostesses and I immediately applied and got in. For two years I worked for them, visiting Rio de Janeiro, Buenos Aires, Miami, Los Angeles before being posted on a regular basis in Madrid to do the Madrid/Paris/London route. I was based in Madrid and had 4 days off there and 2 days in London every trip. Bliss.

My parents and three younger siblings had migrated to Australia in 1970 and I had not gone with them as I was enjoying my travels. However, in April 1971 I came to Australia (courtesy of PanAm) and while I was in Sydney, Peruvian Airlines went bust. I decided to stay in Sydney with the family a few months, but by June I found it so terribly cold that I decided to go back to Lima where people complain of it being too cold when it is below 15°C. Additionally, I was not used to so much rain, coming from a place where it never rained. Luckily for me, PanAm was accepting any free ticket issued by Peruvian Airlines prior to the 5th of April and mine had been issued on the 3rd! I told the family I would sort my affairs and come back in a couple of months, but it took me over a year as on my arrival in Lima I was offered a job by the Compagnie Générale Transatlantique who wanted a trilingual secretary. In retrospect, this was a great thing, as I worked with them until October 1972 and then I got a free passage on one of their cargo ships that had a few cabins for passengers and we went via the Panama Canal to Le Havre where I caught a train to Paris. I was lucky that my boss’s sister lived in the family home in Paris and I stayed there for a week while going to the Australian Embassy to get my Immigration Visa. I had been included in my parents’ application years earlier so it was just a formality. I left with them my French passport and travelled for a couple of months with my Peruvian passport to Italy, Austria and Switzerland. I went back to Paris where I spent Christmas with my eldest brother who was studying there and in the New Year went back to the Australian Embassy and was handed my Visa and free passage to Sydney. I just had to pay $20 which was an unexpected bonus.

I arrived in Sydney on 14 January 1973 and lived there for a few years working as a Secretary for Elders Smith Goldsborough Mort Limited, then Mills and Boon. In 1978 I received an offer of a job in Hamburg, Germany earning almost twice what I was getting in Sydney and off I went for 6 months. Hamburg is a very clean city but the weather was not great and having gotten used to sun just about all year round in Sydney came back to Australia before their winter set in as the year before the temperatures had got to -27°C and this did not appeal to me one bit.

Back in Australia I decided I had enough of secretarial work and took a year off working as a nanny on a farm in Picton, looking after a 3 year-old girl and 1 year-old twin boys. I really enjoyed it as the children were gorgeous and the parents very friendly and kind. At the end of that year I came to Canberra to visit a friend and decided this was the place for me and moved here. I got a job in the public service working in various departments before retiring in 2003. I did continue working for 3 years part-time in my last job until 2006 when I decided I had had enough.

A few years back I was invited by an Italian friend to the Festa della Campana at the Italian Cultural Centre in Forrest and heard the Dante Musica Viva choir for the first time. They sang Bella Ciao and I could not stop singing the ritornello, Bella ciao, bella ciao, bella ciao ciao ciao for days. I decided to join the choir and have been with it for the last 5 years and greatly enjoy it. As we sing in Italian I decided it would be a good idea to go to Italy to study Italian and I spent a month in Camerino studying the language. I would recommend this school to anyone as the teachers are excellent, the town very picturesque and the excursions organised by the school fantastic. I have also done since two semesters with the Dante with Pauline Adams as my teacher and that has been very helpful as well.

My love of travelling has continued through my lifetime and since retiring I have been overseas every year visiting wonderful locations, meeting interesting people and doing exciting things. I greatly enjoy walking and have done a number of walking trips throughout the UK and Europe as well as New Zealand.

In 1999 I went back to Lima for the first time since I left in 1972 and that was quite an experience. The city was very different but greatly improved and of course, my family and friends were much older. It was very emotional to see them all. During that trip I went to Cuzco and did the Inca Trail, getting up to 4,600m above sea level. It was an experience I will not forget, arriving above Machu Pichu at sunrise is just amazing.

I have since done the Milford Track, Marlborough Track and Routeburn Track in New Zealand. I experienced a snow storm on the Milford Track and it felt as being hit by needles, rather painful. Luckily we all survived the ordeal. A Japanese lady who had been using an umbrella as a parasol had it fly off her hands, but luckily it hit no one.

My eldest brother lives in France and from 2001 to 2012 I have been walking with him in the lower Alps every year for a month. Last year I did the last 100km of the Camino de Santiago with friends from the Choir: Yvette Devlin, Sue Hancock and Maria Rosin who came with her husband Bruno. It was a wonderful experience and we had great fun.

In September I went to Japan on a Walking Holiday in East Hokkaido and then did the Nakasendo Trail starting near Nagoya. I hope to continue travelling and singing for as long as possible.