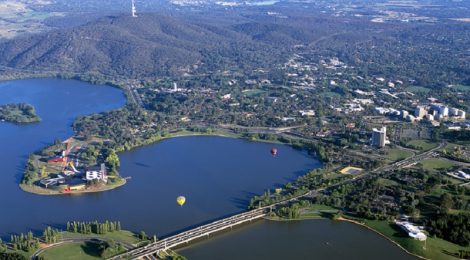 I am pleased to provide an overview of the management of the Dante Alighieri Society over the past year.

At last year’s Annual General Meeting we provided extensive details of the tight financial situation then facing the Society and the prospects that it would continue in the then ensuing year. The outcome for the past year has been consistent with those expectations. Demand for our courses was depressed throughout 2015 and total enrolments were the lowest we have had for the past several years. Although there has been some slight improvement in the outlook, the expectations for the year ahead are not bright. Consequently, the Society needs to remain vigilant to contain costs and improve revenues. Although our annual accounts show a slight surplus for 2015, this was achieved because of a significant transfer of funds from the Dante Alighieri Foundation to the Society. Nonetheless, on a like basis, taking account of the transfers from the Foundation, the Society achieved a small improvement on last year’s outcome despite this year’s lower level of revenue.

As anticipated last year, starting from the beginning of second term 2015 our language classes were transferred from the Italo-Australian Club to the Yarralumla English-Italian bilingual school. While there were some minor teething problems with the new location, the new arrangement has worked reasonably well. In the longer term, following the closure of the Italo-Australian Club, there is a prospect for the eventual development of the Italian Cultural Centre into a community hub for major Italian community associations including the Dante Alighieri Society. While the initiative is very much in its gestation phase, we have endorsed it in principle and will collaborate in the planning and development of proposals. Progress, however, is anticipated to be slow.

The Society has joined with other Italian community groups to create an Italian presence at the 2016 National Multicultural Festival. Although our Choir is a regular performer at the Festival, this was the first time the Society collaborated with Com.It.Es., the Italian Language School and the Council of Italian Australian Organisations in the selling of Italian products for fund-raising purposes. The initiative proved quite successful and the Society received almost $3500 as its share of the funds raised. The Society also supported the Italian Festa held in the grounds of the Italian Embassy in November 2015, which raised funds for the Yarralumla bilingual school and the Villaggio Sant’Antonio nursing home.

The Society’s cultural program offers an attractive and appealing range of cultural and social experiences to participating members. In addition to our lecture series we have been experimenting with live teleconferences with Italian personalities. In our first teleconference last year, the acclaimed author and journalist Pino Aprile discussed the impact of Italian unification on the South of Italy. In the second teleconference earlier this year the doctor in charge of the mobile emergency assistance clinic gave us a close look at the medical support provided to racers competing in the international Moto GP circuit. Another teleconference scheduled later this year will take us to the renowned Rizzoli Orthopaedic Institute of Bologna to explore its contribution to medicine as well as the art treasures within its historic headquarters.

Our now well-established choir is in great demand in Canberra and the broader region. Its second CD of Italian music was recorded last year and is available for sale. There is even a special deal if you buy the two CDs as a set. So please show your appreciation to the choir by purchasing the CDs and promoting them among your friends and contacts generally. I take this opportunity officially to express our gratitude to the organisers, musicians and members of the Choir and thank them for being wonderful ambassadors for the Society and Italian culture generally.

The Society is well-served by the dedicated group of people that make up the Committee. Each and every one of them makes a substantial contribution to the management of the Society’s affairs. In particular, I thank our outgoing Treasurer Mario Rosi for his outstanding contribution to the Society over several years. Mario has relocated to Melbourne and will be much missed. Special recognition is also due to Yvette Devlin for her untiring contribution to almost every aspect of the Society, to our second vice president Tamsin Hong who often doubles up as minute taker at Committee meetings, and to Francesca Foppoli for her oversight of teachers and language classes. The other members of the Committee include Luigi Catizone, the prime mover behind our teleconferences with Italian personalities and volunteer conversation group leader, Alessia La Cavera, who is also responsible for the management of our office, Nicola Patini (also a volunteer conversation group leader), and Bruno Santagostino Baldi who assists our liaison with the Italian Language School.

I also gratefully acknowledge the support of our language class teachers and particularly of our volunteer conversation group leaders.

Last, but not least, I thank all members for their continued support of the Society’s efforts in Canberra.