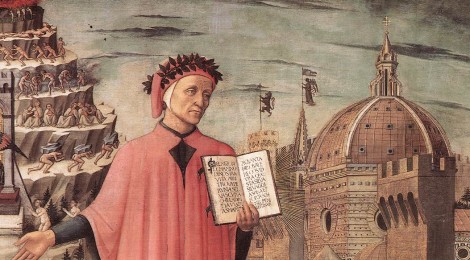 To celebrate the 750th anniversary of Dante Alighieri’s birth, a special event was held on 18 June 2015. A large audience, including the Italian ambassador, heard a presentation by Gino Moliterno on Dante’s epic poem La Divina Commedia and a recitation from the work by Mario Serenellini. 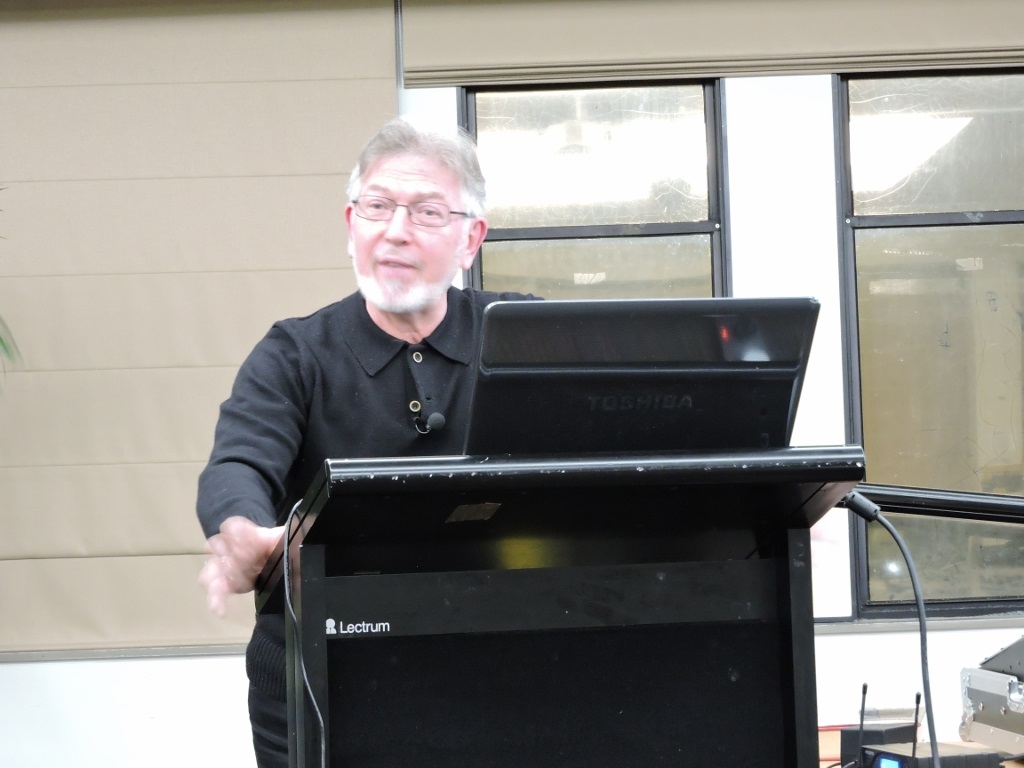 Gino’s presentation took an unusual approach to Dante’s great work. As he commented, much has already been said about the beauties of the text and about Dante as “father” of the Italian language. Instead, Gino focused on visual interpretations of the work, from medieval manuscripts to cinema and television. Gino is particularly well qualified to deal with this subject. He is Senior Lecturer in Film and New Media at ANU, but previously he was for some years a lecturer in Italian literature, including the works of Dante. 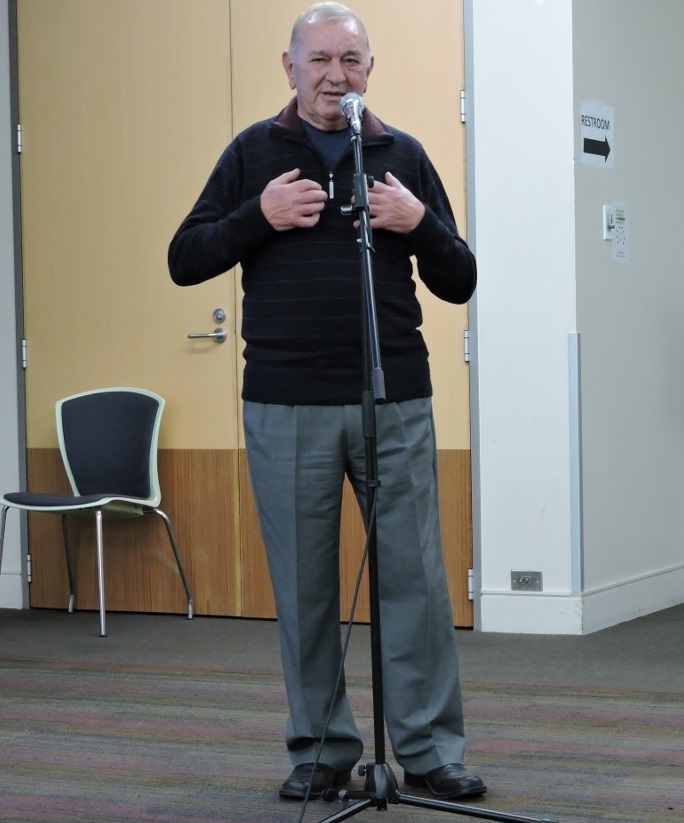 The history of visual representations of the Commedia is almost as old as the text. As soon as it appeared in the early 14th century, the Commedia (consisting of the Inferno, the Purgatorio, and the Paradiso) became phenomenally popular. Very quickly, artists felt impelled to represent episodes in the work pictorially. Within 12 to 15 years, illustrated editions started to appear.

Among the illuminations of 14th and 15th century manuscripts that Gino showed us, the works of Bartolomeo di Fruosino and those in the Yates Thompson Codex (1444-1452) were particularly splendid. A striking feature of the Yates Thompson illuminations is that often the same characters appear a number of times in the same frame, showing different parts of the action. So a single illumination does not just capture a single moment; it narrates the story, like a comic strip.

One of the most famous artists to illustrate the Commedia was Sandro Botticelli in the 1480s. He did not succeed in his attempt to illustrate the entire work, but 92 drawings survive. These, too, depict characters moving through time in the same frame, in a way that we would describe today as “cinematic”.

The Commedia itself refers to the ability of the visual arts to tell a story, as in the parts of the Purgatorio dealing with the expiation of the sin of pride. In Canto X, Dante describes wonderfully life-like sculptures that recount stories from the Bible and ancient Rome, while in Canto XII pictures on the ground conjure up ancient myths.

Artists have continued to be drawn to the task of illustrating the Commedia. They include, in the 1820s, the English mystic poet and artist, William Blake. Probably the most influential of all the illustrators of the Commedia is Gustave Doré. Editions with his dramatic, atmospheric, and highly detailed black and white drawings were first published in the 1860s.

In the 1950s, Spanish surrealist Salvador Dali was commissioned by the Italian Government to illustrate an edition of the Commedia. Following a negative public reaction, it withdrew the commission, but Dali went ahead and produced almost a whole edition. 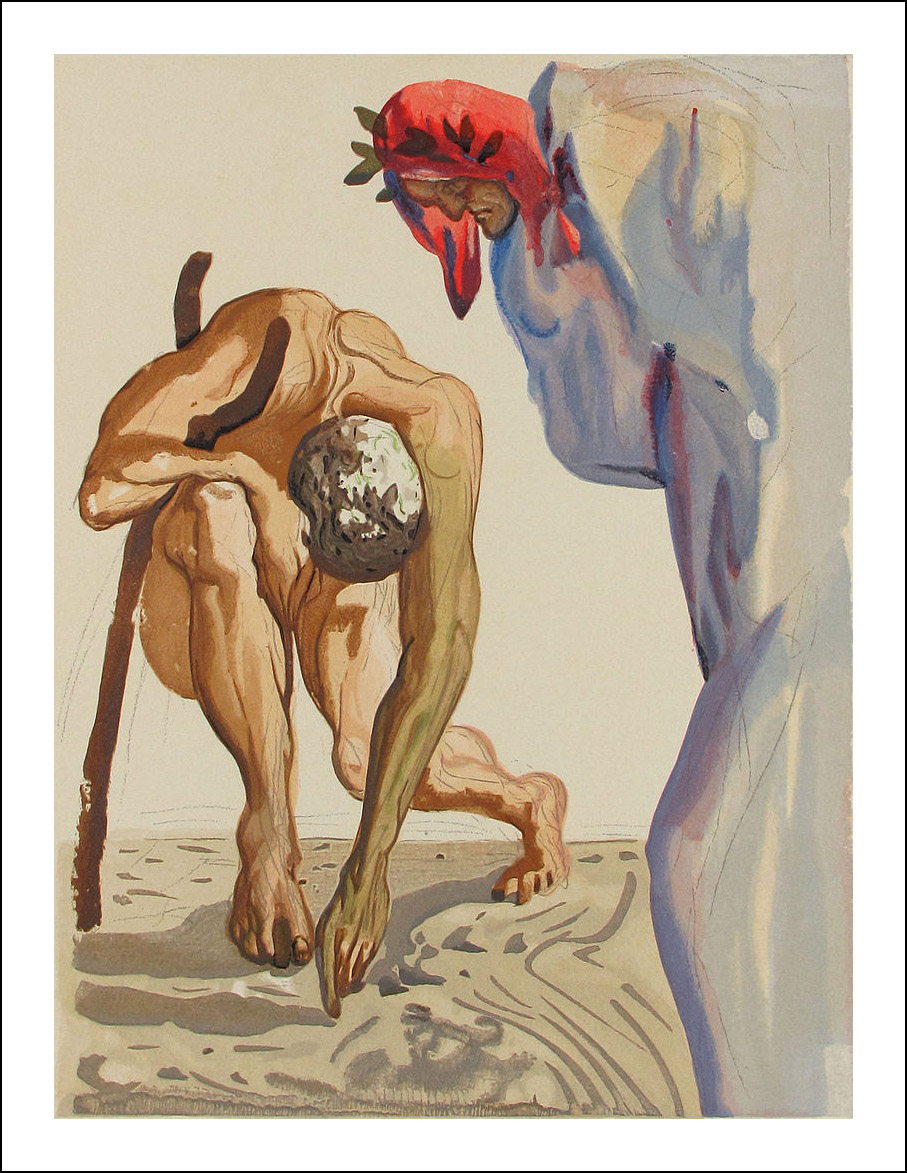 Clearly, there was already a strong visual tradition associated with the Commedia by the time cinema began. The Italian film industry got underway in about 1905. It is a sign of how central the Commedia is to Italian culture that in 1909 work was already underway on a silent film version of the Inferno. It was released in 1911 by Milano Films. Faithful to Dante’s text, and lasting an exceptional 64 minutes – the average for a feature film at the time was only 20 minutes – it was extremely popular both in Italy and abroad.

Visually, the film is based on the Doré illustrations. Gino showed us the part of the film devoted to Canto V of the Inferno, in which the souls of carnal sinners, including Francesca da Rimini and her lover Paolo, are constantly tossed through the air by violent winds. This episode in the film includes the first cinematic “flashback”, in which Francesca describes their love affair.

Subsequent films relating to the Commedia have tended to deal with individual episodes or characters, or to introduce depictions of Dante’s version of hell into modern stories for moralistic reasons. Such films were often not particularly serious or highbrow. They include, for exemple, Toto all’Inferno.

A more serious venture was a 1990 television version of the Commedia, by Tom Phillips and Peter Greenaway. However, the project was abandoned after 8 Cantos, when the producers pulled the plug. Gino showed us this version of the Paolo and Francesca episode. It is strikingly modern and experimental, even including material external to Dante’s text, in a way that echoes the experience of reading that text with footnotes. 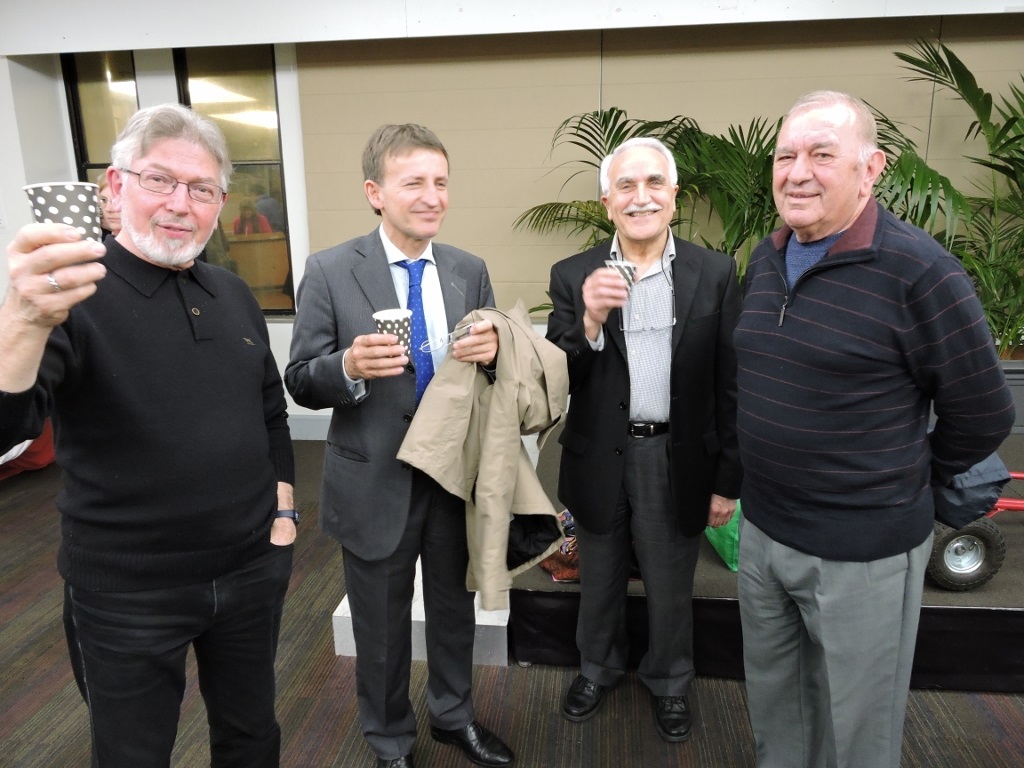 Mario Serenellini then gave us an expressive and moving recitation of Dante’s original text of Paolo and Francesca’s story. Though an engineer by profession, Mario has been fascinated by Dante ever since, as a small child, he watched his uncle recite parts of the Commedia from memory. The story of Paolo and Francesca is a favourite of his. He pointed out that, while the violent winds of hell generally drive the souls of carnal sinners apart (just as their lust had driven them together), Paolo and Francesca remain united. Francesca, telling their story, refers the cause of their damnation as love, not sin, and she does not repent.

At the end of the evening, there was a toast to Dante Alighieri on the occasion of his 750th birthday, and an opportunity to admire a display containing a number of the illustrations by Gustave Doré and Salvador Dali.

Note: many of the illustrations of the Commedia can be seen online at: http://www.worldofdante.org/gallery_main.html You can also leaf through the whole of the Yates Thompson manuscript at: http://www.bl.uk/manuscripts/Viewer.aspx?ref=yates_thompson_ms_36_fs001ar.