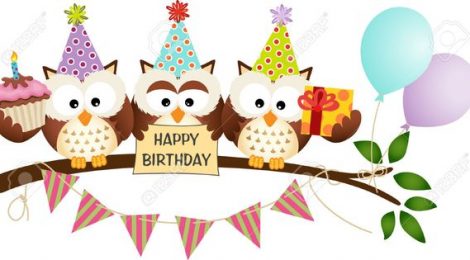 On 16 June 2017 the Italian ambassador, His Excellency Pier Francesco Zazo, and his wife, Ms Svetlana Sharapa Zazo, hosted a reception at their residence, to mark the 60th anniversary of the founding of the Dante Alighieri Society of Canberra and to launch a short book documenting its history. About a hundred members and friends of the Society were present, including many who had played a major role in its history, notably Mr Enrico Taglietti, Emeritus Professor John Molony, Mr Wal Costanzo, Ms Myriam Bonazzi, Ms Magda Damo, and Mr and Ms Sante and Loredana Modesti. 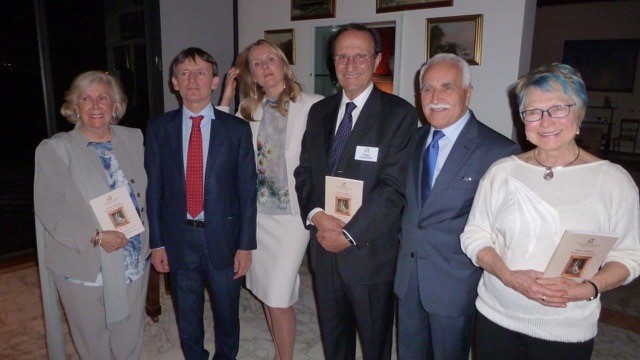 In his address, the ambassador spoke highly of the Dante Society’s activities, and particularly of what it has achieved since the financial support of the Italian government was withdrawn, and the Society has had to be self-funding. He paid tribute to its contribution to the teaching of the Italian language and culture, noting that although Italy is not a military or economic superpower, it is a cultural superpower with a beautiful and musical language. However, his assertion that Italian is also “quite easy to learn” was met with sceptical (or rueful) laughter from many in the audience.

Mr Michael Pettersson MLA, conveyed a message from the Chief Minister of the ACT, Mr Andrew Barr, congratulating the Canberra Dante Society on its anniversary and thanking it for its contribution to multiculturalism. The Dante Alighieri Society of Sydney was represented by its president, Mr Fabio Carosone, who also gave a brief address, and by Ms Giancarla Montagna.

The President of the Canberra Dante Society, Professor Franco Papandrea, then spoke about the Society’s origins and evolution, its current activities and its hopes for the future. He introduced the publication Dante Alighieri Society of Canberra – 1957-2017, written by Ms Yvette Devlin, much research also having been carried out by Ms Sandra Catizone.  He noted that, as well as having a print version, the booklet will be published on the Canberra Dante Society website.

Professor Papandrea outlined the evolution of the Society from a small elite group devoted to Italian culture to a more broadly based institution offering Italian language courses and cultural activities to the wider Canberra community. He described its current focus on the teaching of the Italian language, as well as its active and popular choir. Now, he said, a major priority is the need to adapt to the digital age, and remain relevant to younger generations. There are young members on the committee who will assist in this endeavour, and he has confidence in the Society’s future.

Professor Papandrea then presented three honorary life memberships of the Canberra Dante Society, in recognition of meritorious service to the Society. The first went to Mr Enrico Taglietti, who was the Secretary of, and the only Italian on, the Society’s first committee. An award-winning architect, Mr Taglietti designed many notable Canberra buildings, including the elegant and comfortable ambassadorial residence where the reception was held. 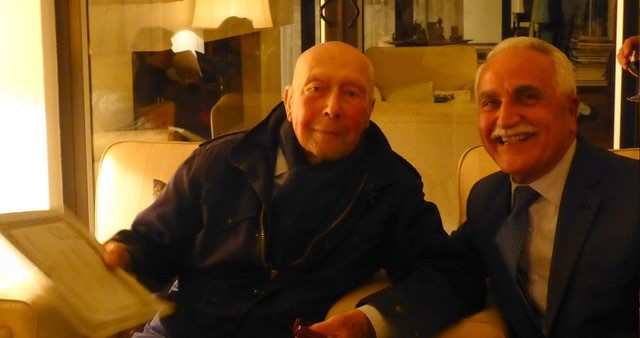 The second life membership was awarded to Emeritus Professor John Molony, who is the Society’s longest-serving president, having held that post for almost twenty years from the mid-1970s. It was during his presidency that the Society became more actively engaged with other Italian community associations and particularly with the Italo-Australian Club where it held some of its activities. 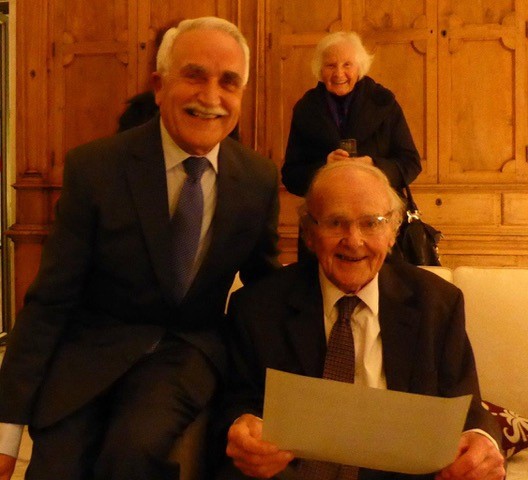 The third life membership was awarded to Ms Yvette Devlin, who after 17 years as a driving force in the Dante Society (including 12 years as Vice President) and in the Italian community at large, is leaving Canberra and moving to Sydney. Ms Devlin was also presented with a magnificent edition of Dante’s Divine Comedy with illustrations by Gustave Doré. 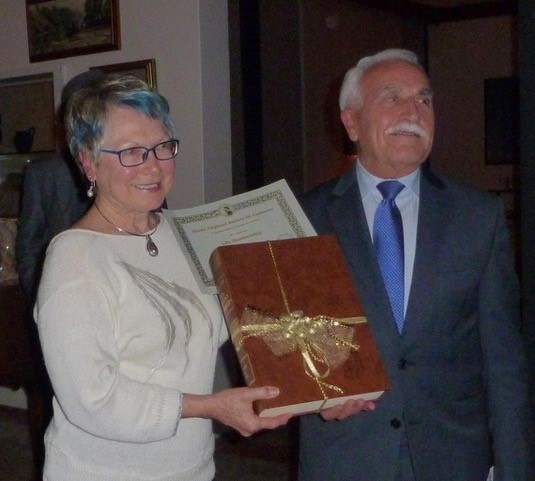 The evening continued with delicious food, drink, conversation and agreeable company, a highly appropriate way to mark this milestone in the history of the Canberra Dante Society.