Browse: Home   /   DMV – Some personal reflections on the importance of music 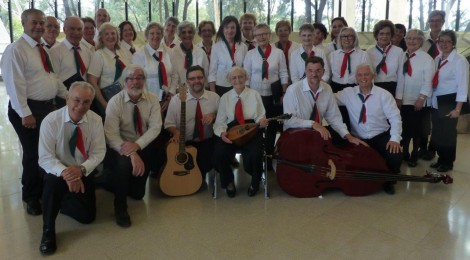 DMV – Some personal reflections on the importance of music

When I was a teenager I imagined that one day I could write a symphony like Beethoven. This is without ever hearing a live orchestra or being close enough to any orchestral instrument to even know how they work.

I have always been an educator and taught at all levels including children with special gifts and talents and different abilities. My aim professionally was to experience education at every life stage and I did that to finish up an academic and professor in education where I could utilize all those experiences and my commitment to continue my education practice outside of academe.

My love of music was nurtured by my father, a farmer who sang Italian songs and played the guitar and was very much in demand for baptisms, weddings and other festivities; he was a poet creating both the songs and inventing the music. He often serenaded mum in this way.

The guitar is my favourite instrument for playing. I just picked it up and strummed some chords and sang along. I learned the mandolin by watching how my brother played it and snuck it out to try when he wasn’t home. I wrote my first song at 15 and we got to perform it on 2UE radio; I took the words from Psalm 150.  That same year I auditioned for the school choir and was told to go at the back of the basses and not to sing. A year later I was asked to take roles in operettas and plays we performed at school. Gilbert and Sullivan were my favourite, and works such as the Student Prince, My Fair Lady, HMS Pinafore and the Pirates of Penzance.

At 16 a school friend had a piano accordion and I asked him to show me how all the buttons operated. Then on weekends he let me fiddle with it until I could play one or two tunes. That same year the priest approached me and asked if I could play a hymn on the organ at the Novena to the Madonna.  I told him I had no idea how to play the organ and that I couldn’t read music. He said I shouldn’t let that stop me and he gave me two weeks to learn a hymn which I did by heart. Then I became one of two church organists! Pressure! 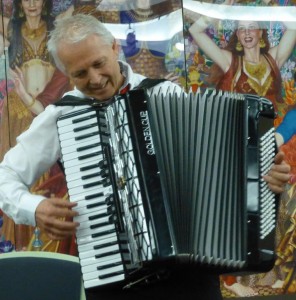 At 21 I started taking piano lessons but that was the year my father died and I never went back to lessons, instead I bought a cello which stayed in the cupboard for 20 years until one day I got serious and started exams earning a distinction at 8th grade level a few years ago. It’s the only instrument I’ve ever learned by having lessons and it’s my favourite even though it’s the hardest thing to play because you have to listen to every sound you make. My sons can tell you how much I complained about the cello not having frets like a guitar! You see, you don’t have to have good acuity or be gifted in other ways to play the guitar: as long as your fingers are on the right fret and you strum in rhythm the sound is good enough. The cello, on the other hand, has enormous challenges at different levels: the way you hold it; the way you hold the bow;  where you play with the bow to get the sounds you want; and where you place your fingers, which is determined by your ears – which means you must know if you are playing in tune or not. You just can’t pick up the cello and play it like you can do with the guitar! Also, the guitar is a great stand alone instrument (whereas the cello is orchestral) so if I wanted to sing any of the songs we sing with the choir I’d naturally pick up the guitar and strum along.

My first marriage was into a musical family and I forged my own family to love music as well. Two of my sons are professional musicians (Adam is musical director of ‘The Voice’ and James is into jazz and has lived in Paris for 10 years). I have two wonderful children in my second marriage to Michelle and although she is highly supportive and learned to play the piano and violin she is too busy for that now and leaves it to me! Oscar my 3.5 year-old son loves to sing/conduct and his favourite tune is Calabrisella as well as Funiculì  Funiculà  and Allegra who is 18 months now sings along with him and they do concerts together. In fact last week I saw Allegra conducting a virtual choir in the lounge room while our Choir’s CD was playing – she knows how to operate the CD player.

A year ago, Michelle bought me a music composition computer program and challenged me to achieve one of my life-long dreams, to write that symphony. The manual has 700 pages, and I hate manuals. I thank her for the challenge as now I have composed 6 symphonies, 4 piano sonatas, a concerto for piano and orchestra, a concerto for cello and orchestra (for my mum who died last November), a ballet called Cicerino and other music some of which I have dedicated to my family and friends. 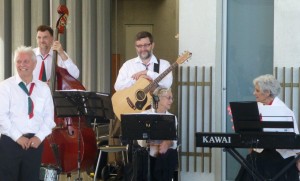 My philosophy in life is to live your passion through all your senses including the smart senses, to help give others a fair go and encourage those around you. We only pass this way once so we should do all we can while we can.

← Evangelista Torricelli
How Italy is portrayed in the Australian media →