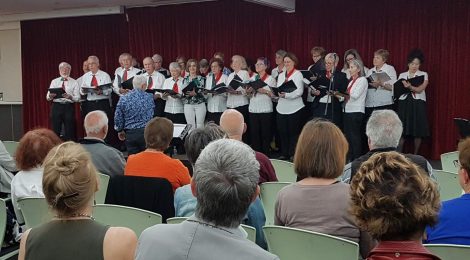 The Dante Society of Canberra traditionally offers members a big party to celebrate the end of another academic year. This year the party took place on Thursday 29 November, and it included a cooking competition focussing on ‘sweets’. 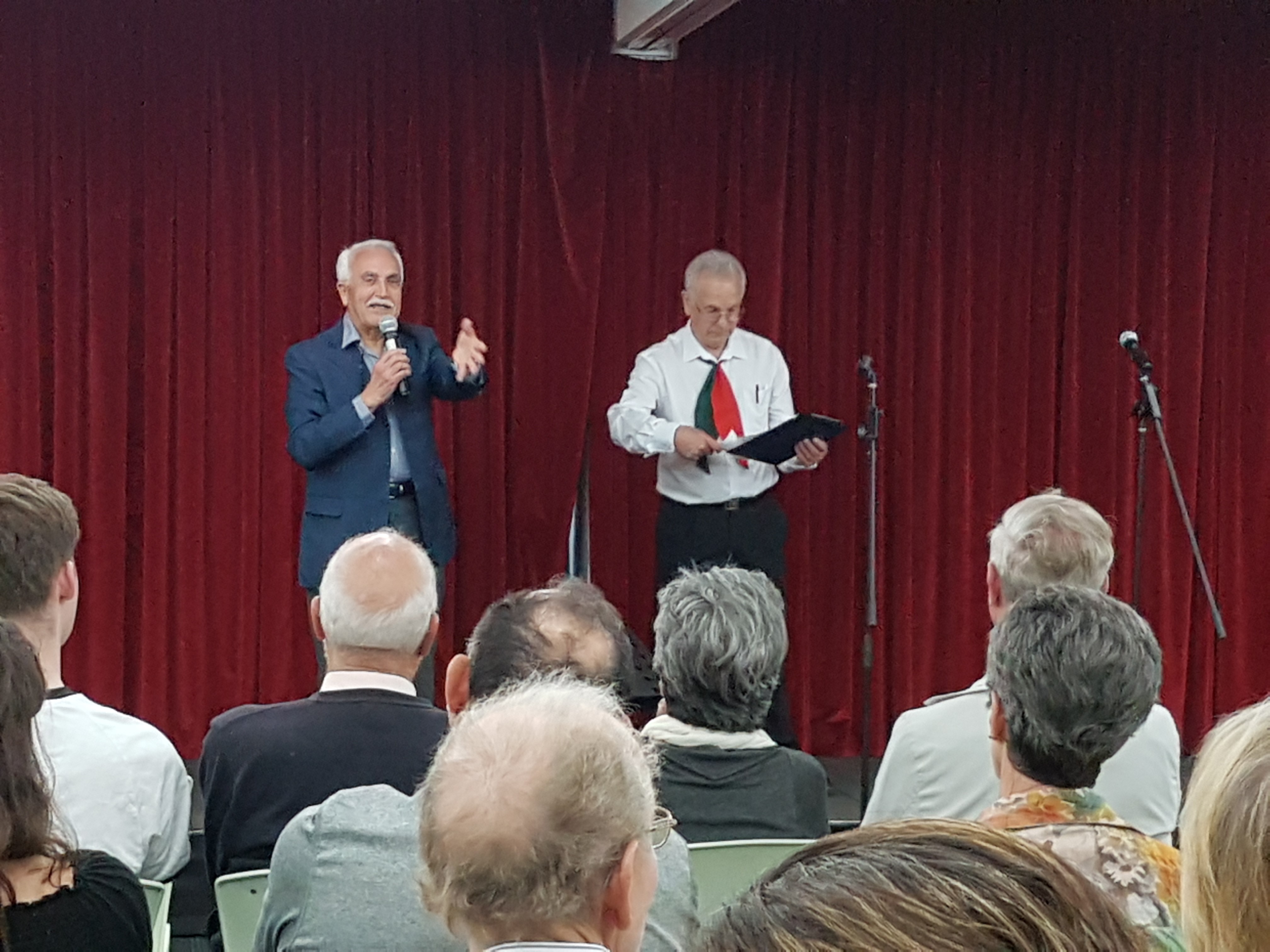 The Society’s president Franco Papandrea addressed the large crowd present – over 80 people. He thanked the sponsors of the event (ActiveTravel, National Management Consultants and the Italian Travel Bureau); the Dante Musica Viva choir that does such a great job of representing the Society at public events; the teachers and conversation leaders; the committee (especially those involved in organising the party); staff and all members for their on-going support. “We are now the largest Dante Alighieri Society in Australia” he proudly announced.

Franco Papandrea then presented bottles of wine as tokens of appreciation to a few members of the choir for their exceptional contribution to the work of the choir: musical director and leader Francesco Sofo, Manager Saverio Palma, head musician Madeleine Johnson, sound technician David Wilson and Margaret Millard for organising the words and music of the pieces learnt.

Nine different sweets were brought by members for the competition, including cannoli, cakes, biscuits and the traditional Tiramisu. Three people (Yvette Devlin, Nick Carter and Luke Roberts) were given the pleasant task of tasting them all, and evaluating each entry on the basis of visual appeal, taste, degree of difficulty in preparation, and creativity. 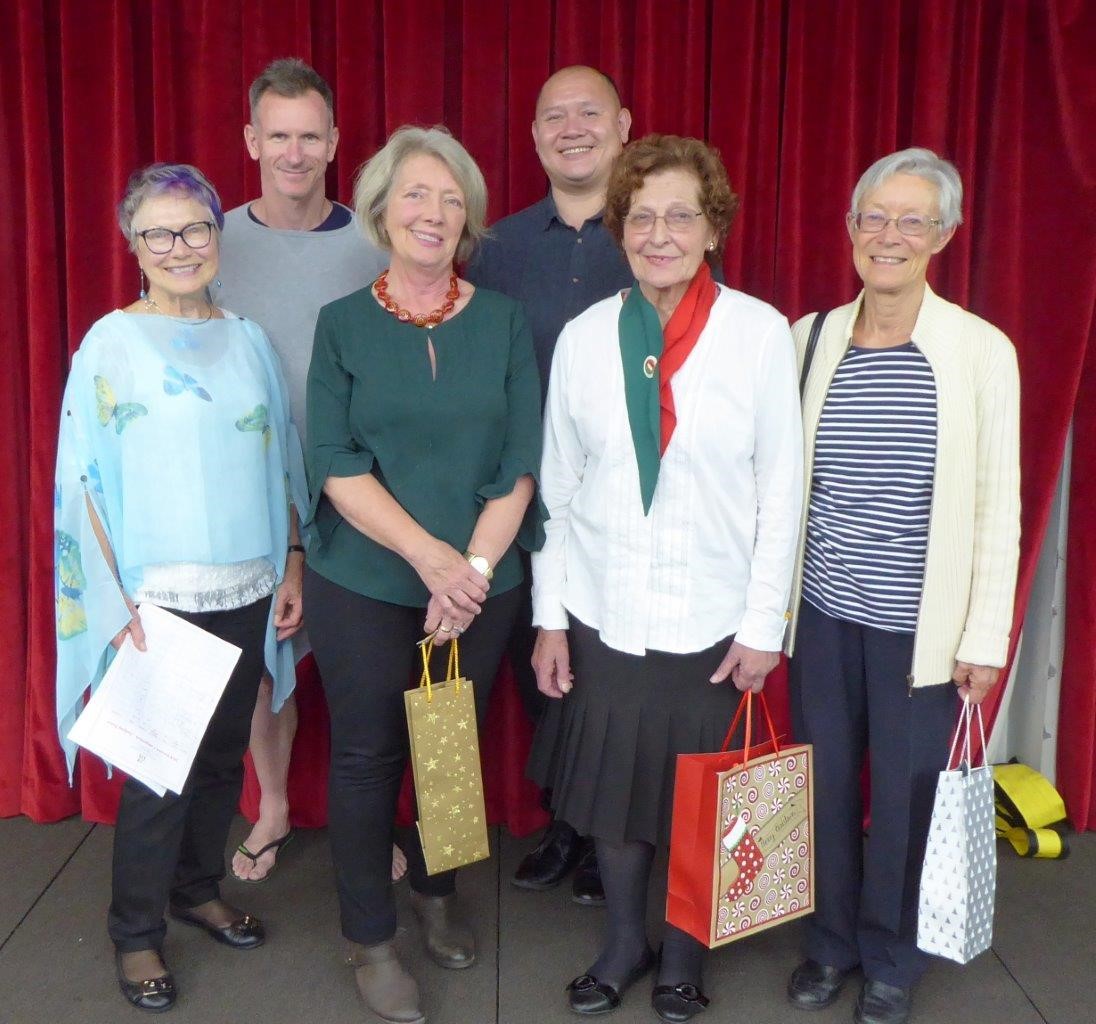 The clear winner was Margaret Dorsch with her cannoli; second was Anna De Franceschi with her popular Tiramisu, and third Clare Conway with a variation on a theme – meringues with raspberries inside and whipped cream on top. All winners received a prize: 1st prize was a $100 travel voucher donated by Active Travel; 2nd prize an Italian cookbook; and 3rd prize a bottle of wine.  Congratulations to the winners and a huge thank you to members who brought in their desserts not only to enter the competition but also to share them with everyone at the party. All entries were really delicious.

The ‘lucky door prize’ (a hamper donated by Active Travel) was won by choir member Denis O’Brien.  But everyone had a great time – the food supplied was varied and abundant and included the ever-popular pizza. Of course all sweets entered in the competition were devoured in no time at all!

The conviviality continued till after 9 pm, with Italian music in the background courtesy of David Wilson. Then the clearing of the tables and cleaning up started for a few dedicated souls of the Society’s committee, with the most dedicated being Cathy Perre, Alessandro Merola and Saverio Palma. Even the Science Attaché Anna Maria Fioretti and her husband Vito Meggiolaro readily lent a hand in this process.

Let’s all reconvene in November 2019 for another great end-of-year party!