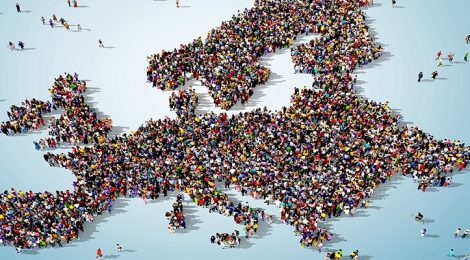 Europe’s future. Should we care?

Why should we care about Europe when Australia’s own region is turbulent?

But we have close ties to Europe.

Europe does matter to Australia but is it still a constant and predictable partner?

Europe itself is going through a period of change. The two largest peripheral powers, Russia and Turkey, are moving in an increasingly authoritarian and illiberal direction. And the leaders of two EU members, Poland and Hungary, are implementing populist policies that bring them into conflict with EU rules and decisions. The trend to monitor is whether these differences within the EU will accentuate or attenuate over time.

But populism has been checked, at least for the present, in the Western European core of the EU. Wilders and his far-right Freedom Party won just 13% of the vote in the Dutch elections in March. The National Front, while still a substantial political force in France, came a distant second in the Presidential elections and has only 8 members of the National Assembly. The UK Independence Party had a bad general election, attracting less than 2% of the vote and winning no seats. And pro-European parties are on track to score close to 80% of the vote in German elections in September. So a broad pattern has emerged of populist nationalism in the East and, with the exception of the Brexit referendum, a more internationalist, pro-EU trend in Western Europe.

Looking in more detail at two recent spectacular events in Europe – the French and UK elections – the first shows a tectonic shift in political alignments and the other unveils a problematic future.

The scope of change in France has been surprising for a country so attached to tradition. The Socialist Party fell from 284 seats in the Assembly elections to 44, losing the seats of its presidential candidate and its party head in the process. The Republicans dropped from 199 to 137. Seventy five per cent of parliamentarians are first timers. President Macron obtained a strong majority for his party and looks set to be able to legislate without obstruction in the Assembly.

Macron occupies what might be called the radical centre. He believes traditional party alignments are poorly suited to dealing with the disruptive challenges of the day – globalisation, automation, the freelance economy, the environment. He borrows policies from Left and Right. His first priority will be to introduce flexibility into France’s notoriously rigid industrial-relations scene, slimming down the 3,000-page Code du Travail. But France will remain a dirigiste economy and society, with the government intervening extensively. And there will be no end to presidential pomp and circumstance; France has been called a monarchy masquerading as a republic. Macron will retain all the dignity of his position as head of state.

A note of caution is called for. Have we really seen the end of the old France deeply divided between the workers and the bosses? The first reaction of parliamentarians from the far left was to say the battle was just beginning, and to call for people to hit the streets in a time-honoured ‘day of action’. The record abstention rate in the second round of the Assembly election of 57% could also indicate that many people are reserving judgment, and that the government is ‘sous surveillance’. The President may have won a parliamentary majority; but he now has to overcome the street.

The success of Macron’s reforming efforts will have repercussions beyond France. A re-invigorated and newly confident France will be a strong partner for Germany as a driving force in the EU, and could relieve the concerns of the German taxpayer that he/she is always forking out for other people’s mistakes and big ideas. Already this Franco-German duo has been dubbed ‘Merkron’. But Merkron will only be able to power on with the European project if France’s domestic reform efforts succeed.

If France’s future has still to be written, the outlook for the UK is much tougher and more challenging than would have been guessed even six months ago. Prime Minister May has gone from having a working majority in parliament to heading a minority government. Three months of the 2-year notice period for Brexit have been spent on the election. The enormity and cost of leaving the EU are not widely appreciated: an estimated 19,000 rules, regulations and directives to be reviewed, and a “divorce” bill variously put at between 50 to 100 billion Euros.  A weakened Prime Minister confronts the largest diplomatic and legal challenge the UK has faced for decades.

Some say that May’s weakened position will paradoxically result in a more reasonable negotiating position, and eventually a ‘soft’ Brexit. That could mean the UK remaining in the single market, at least for a transitional period, and retaining links to other areas of the EU. The mention in the Queen’s speech of a Brexit which commands maximum public support indicates that the Prime Minister may now be seeking a softer Brexit than she was girding up for before the elections. But will a soft Brexit pass muster with the Eurosceptics in the Conservative Party? PM May’s task is a many-headed hydra – get the best deal for Britain from the tough nuts in Brussels, while at the same time steering a course through the shoals of the Conservative Party and the parliament in Westminster.

What does Brexit mean for Europe’s future? Most obviously, both sides will be mightily preoccupied with negotiations until late March 2019, and possibly for a time thereafter. For the rest, there are two schools of thought:

The outcome for Europe remains to be seen. Much will depend on the exact shape of the final Brexit agreement – whether, for example, the UK remains within the EU’s emerging security and defence arrangements.

How is Italy positioned on these issues? Elections are due by May of next year, although electoral laws need to be adopted first. Recent local elections indicate that the parties of the Right, including Berlusconi’s Forza Italia and the Northern League, did well; and Beppe Grillo’s Five Star Movement did less well, failing to reach the run-off stage in any of the 25 provincial capitals it contested. Pro-Europeans will take some satisfaction from Cinque Stelle’s showing, Eurosceptic as it is, but little satisfaction in the continuing presence of the Northern League whose leader, Matteo Salvini, has called for Italy to leave the Eurozone.

It is likely that Italy will remain strongly pro-European. It benefits from regional development funds that flow to the Mezzogiorno; from being in the single market and the Eurozone, so gaining access to major export markets without tariffs and the transactions costs of different currencies; from having access to the output of various European technical and regulatory agencies at a far cheaper price than setting such agencies up at the national level; and it looks to the EU to help with the massive migration flows from north Africa. Importantly too the EU is seen as a reference point for good government, for political stability, and as a second vehicle for Italy’s international presence.

Certainly it is Italian government policy – as outlined in Ambassador Zazo’s national day speech – to want more Europe, rather than less, deeper integration, faster progress in harmonisation of fiscal and social policies, and in economic and monetary union. That agenda will probably be better served by the absence of the UK which was, even when Brexit was not on the agenda, a voice of caution restraining ambitions for policy harmonisation. Most recently, Italy will have taken particular encouragement from Chancellor Merkel’s professed openness to the ideas of giving the Eurozone a common budget and a finance minister.

A final thought. In a recent speech, Chancellor Merkel said that Europe would need to take its future more into its own hands and build a new level of self-reliance. This is a remarkable staking out of a new position for the ever-cautious Chancellor, and came against the background of Brexit, US withdrawal from the Paris climate agreement, and President Trump’s not having re-affirmed US commitment to NATO’s collective defence article. Are we seeing a rift between the United States and Europe, hitherto the joint drivers of the liberal international system?

Is the West dead? President Trump’s inconsistent tweetery could prove to be a passing phenomenon. US engagement in Europe and in dealing with global challenges may very well return after we live through a period of unpredictability and policy incoherence in the United States, which could last throughout the current US presidency but may in fact end earlier.

There are darker visions. Robert Kagan’s recent article ‘Backing Into World War 111’ postulates two trend lines in global affairs – the activism of revisionist powers (Russia and China), and the declining confidence, capacity and will of the democratic world. Kagan forecasts that when those trends intersect, we will reach a moment at which the existing order collapses and the world descends into brutal anarchy as it has three times in the past two centuries; the cost of that descent in lives and treasure will be staggering.

We may very well hope that reports of the death of the West are premature. But it is a prospect which makes Australia-EU understanding and cooperation as important now as it has ever been in the past. 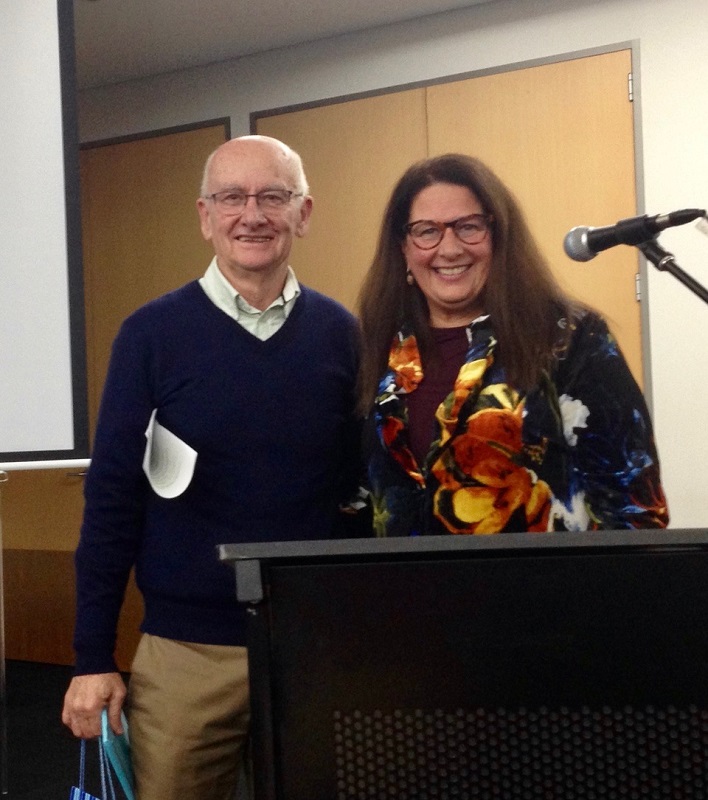 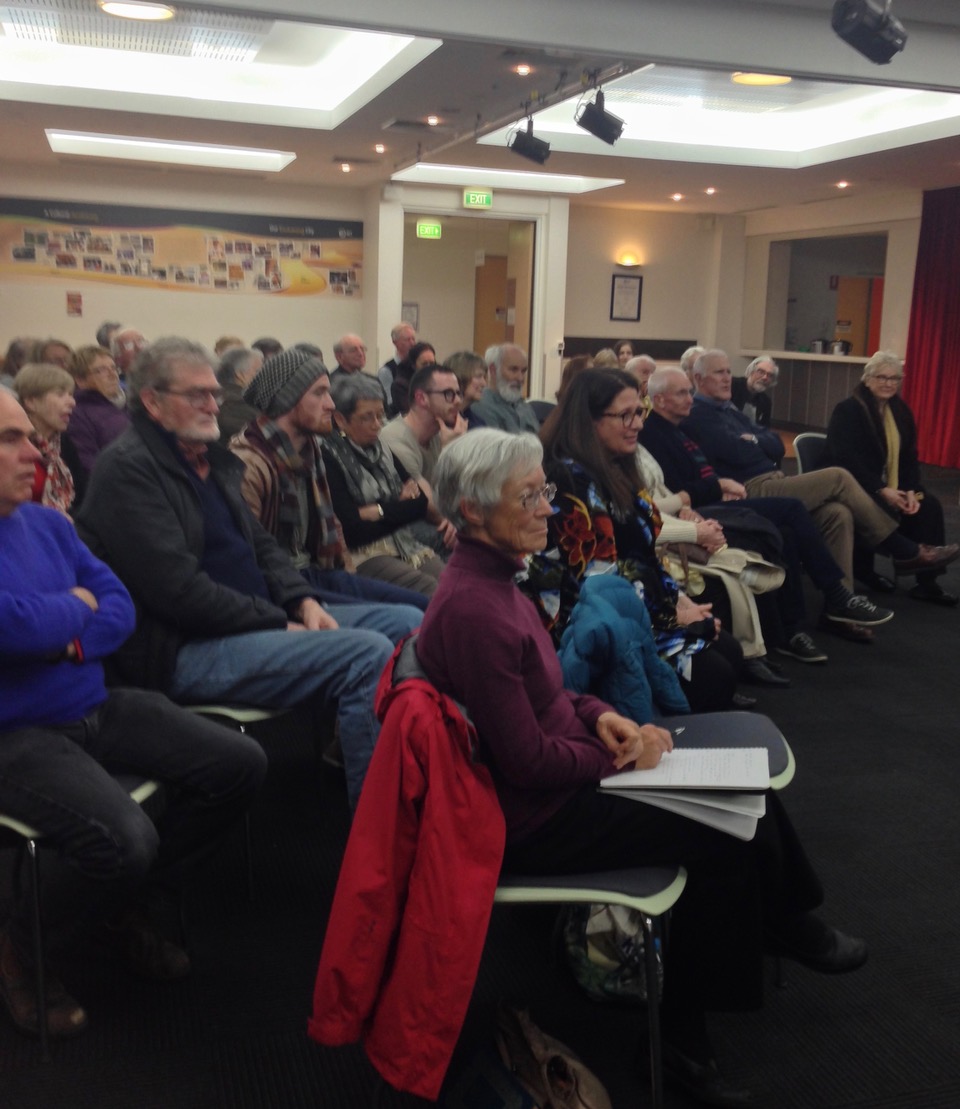