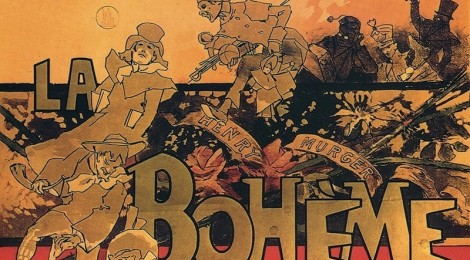 The Artistic Director of the annual concert Voices in the Forest, Christopher Latham, gave Dante members a presentation on composer Giacomo Puccini and in particular of La bohème, the opera featured in this year’s Voices concert at the National Arboretum on 21 November.

Christopher contrasted the earlier operas (composed in the so called ‘post-Romantic’ tradition featuring stories of the nobility) with the operas from the time of Bizet created in the ‘verismo’ style ie featuring the average contemporary men and women – for instance, factory workers in Carmen. And so in Mme Butterfly Puccini wanted to contrast the honourable 13- y.o. Cio-Cio san with the appalling villain Pinkerton, and in La bohème he portrays young bohemians living in Paris who are just trying to make a living. “A feature of Puccini’s work is his portrayal of strong women and weak men”.

Christopher then spoke of the difference in the voice of singers who were to feature without mikes and have to project their voice, compared with the voice of singers who record their performances in a studio. Those accustomed to using the mike in a studio typically have not needed to develop powerful voices, yet “it’s still interesting to hear booming voices”. And these days opera singers performing live do use mikes. This enables them to sing without having to ‘push the voice out – the softer the voice, the more you get grain in the sound’.

We then got an introduction to the three opera singers who were to feature at Voices: Australian soprano Cheryl Barker, Mexican tenor Diego Torre and Argentine baritone José Carbó, and listened to a number of tracks featuring each of these singers. Of particular interest was the track Mi chiamano Mimì sung by Cheryl Barker early in her career, and then some twenty years later when her voice was more mature, rounded –“milky, creamy, mellifluous”.

Christopher explained that Act 2 at Voices would feature highlights from La bohème performed by these three guest singers. The opera had its première in Italy in February 1896 in Turin. Outside Italy it was performed for the first time in June 1896 at Teatro Colón in Buenos Aires.

We are thankful to Christopher for agreeing to return to Dante and talk to our members about opera, which he describes as an “essential Italian art form”.