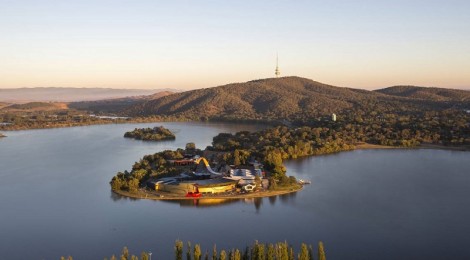 The guest speaker at our cultural event on 1 October 2015 was Dr Mathew Trinca, Director of the National Museum of Australia. He spoke about “The Italians in Australian museums: how we represent the Italian diaspora through objects and their stories”.

Dr Trinca is particularly well qualified to speak on this subject, not only because of his experience in the running of museums and academic studies, but also because of his own family background. His father and his mother’s parents were from the Valtellina region in northern Italy. His maternal grandparents came to the Perth Hills in the 1920s and his mother was born there. His father was born in the small town of Grosotto, and migrated to Australia in the 1930s. He worked in Melbourne, then took up gold mining in Kalgoorlie. After the war, while working on building sites in Perth, he heard of other Valtellinesi living in the Perth Hills and went to see them. Within six months he had married a young woman he met there, Dr Trinca’s mother. Typically for Italian migrants, Dr Trinca’s parents had a fixed idea of advancing themselves, not by working for somebody else, but by creating their own small business – in their case a poultry farm.

This, said Dr Trinca, is a typical story. There is a commonality of experience among Italian migrants of the mid-20th century, up to the 1970s and perhaps 80s: the shock of the new – dealing with a different culture, acquiring a new language – and the struggle to earn a living through hard work, usually by establishing your own business.

Initially, Australian museums tended to value British and Irish history, and not so much the background of other Australians. Slowly, after World War II, the realization grew that as Australian society changed, institutions had to change as well. In the 1980s, there was a movement to go beyond the Anglo-Celtic core. At that time Italian migrants were a very large group and from the 1980s onward, they featured largely in exhibitions about the migrant experience. The Italian experience was at one time the symbol for all non-English-speaking migration to Australia.

The story of Italian migration was one of difficult lives in the physical, material world. Since museums display actual objects, they are particularly well-placed to present that story, by showing us life as something physically lived, rather than as a narrative trail. Dr Trinca showed us some typical objects from Australian museums, and described the stories behind them and what they tell us about the experience of Italian migration.

1. A fruit picking bag of Carmelo Mirabelli, a Sicilian immigrant, who also donated to the museum the bicycle on which he travelled between farms in Mildura and Shepparton for six years, as well as a Remittance Record Card, which records the money he sent back to his mother and sisters in Italy. These items show that a sense of duty to family remained. Italian migrants did not sever ties. In their minds they were living in both countries. Such stories are the bedrock of how we have depicted Italian migration: the hardship of work, making one’s way, establishing oneself, founding a family, sending money home.

2. Crucifix and cincture of Father Luciano Rocchi, who arrived in Melbourne in 1951. The Catholic faith was very important to Italians, but very different from the Irish version. The Italian church considered support to Italian migrants to be important and the fact that priests were sent to Australia by the Italian church re-informed Catholic practice in Australia.

3. Pagone Panettone cake box. The Pagone family was originally from Sicily. Again, they saw small business as the way to get ahead. Italians contributed to reinvigorating small business in Australia.

4. A music stand of the Mokambo Orchestra, a dance band founded by two musician brothers in the 1950s in Melbourne. This reminds us of migrants’ desire for fun and their longing to hear the sounds of Italy. It reflects the idea of an enclave, recreating the homeland. However the orchestra was so popular that it breached the walls of the enclave, since non-Italians also came to hear them and they were even on radio.

5. The soccer boots of Rino Mazzocato, who played for local team Brunswick United Juventus. Today, teams based on a particular ethnicity are not accepted, but in the 1950s and 1960s there was very strong competition between ethnic teams. 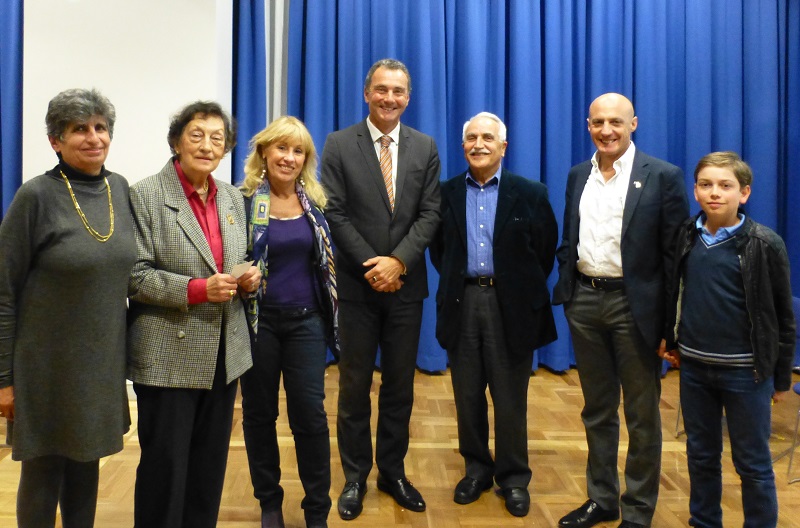 Australian museums are doing quite well at representing the heyday of Italian migration, Dr Trinca suggested, but there is a risk of preserving in aspic the way we understand the Italian experience. We should not see the Italian-Australian story as confined to the 1950s, 1960s and 1970s. The story continues. There is a new surge of Italians migrating to, or at least sojourning in, Australia, with more than 20,000 arriving in 2013. The prospect of economic advantage for this new generation of migrants is the same as for Dr Trinca’s father. Museums should take account of this phenomenon.

Also, museums should be recording and representing how the second and subsequent generations experience their “Italian-ness”. He asked the audience to consider what objects they would choose for this purpose. Items that are significant to Dr Trinca personally might be:

– an Alfa Romeo, representing his fascination with Italian cars;
– a camp oven used by his father on the goldfields;
– a small curved knife of the type carried by Valtellinesi men, like the one his father always had in his pocket;
– the hat worn by his father as a member of the Artiglieria da Montagna;
– the title deeds to a small mountain shack which Dr Trinca owns in Italy, maintaining his links to his family’s country of origin;

He challenged the members of the audience to think of how they would document and represent their own ties to Italy.