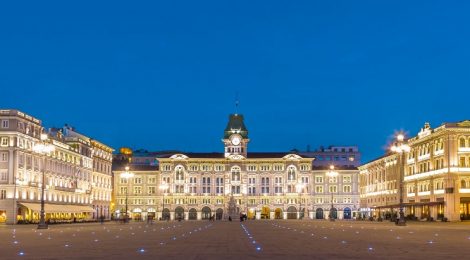 I was not born with any singing talent at all but an innate love of music, rhythm and dance in my heart. (I can claim some good DNA: my father, who died when I was 9 months old, had migrated to France as a teenager and taught himself music while living there. He actually played the saxophone and banjo in a dance band for several years!) 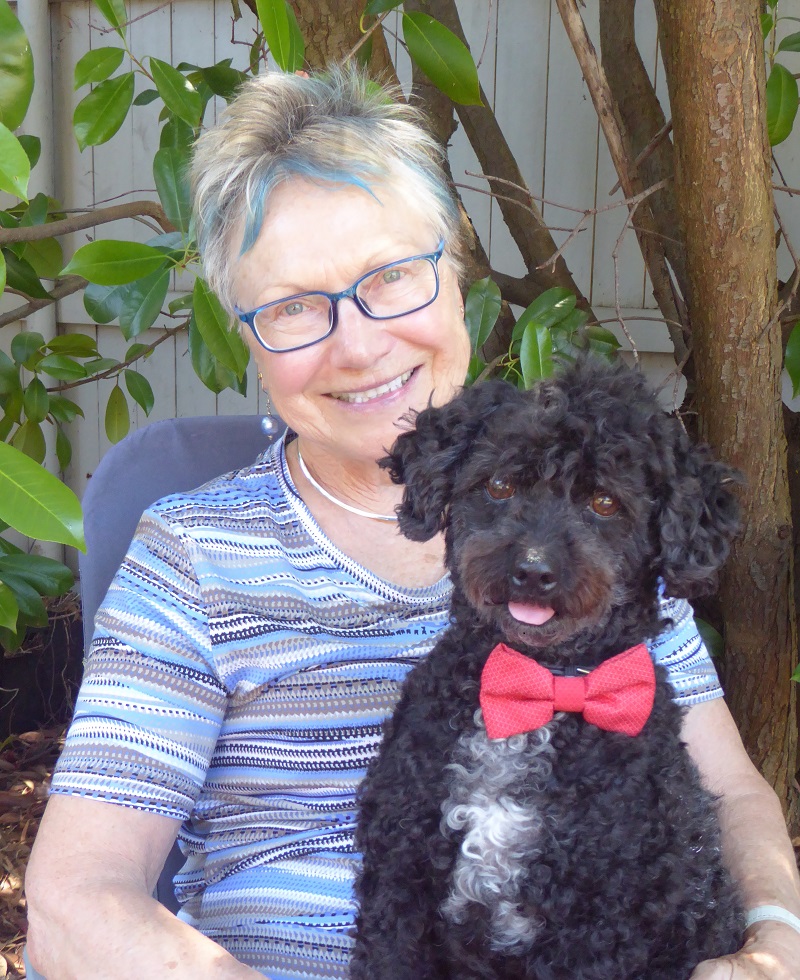 Yvette with her grandpup Tiger

Of course I could hear myself hit wrong notes and would often get quizzical looks from polite people (they were probably thinking: why are you singing?) or laughter from my own daughter and my tuneful ex husband…. On the other hand, the comment that I often heard along the lines of “anyone can learn to sing” gave me hope that one day…..

So, when Francesco Sofo back in 2005 suggested we set up a little Dante choir (“all welcome; no auditions”), I saw the opportunity to test the theory that anyone – even appalling me – could learn to hit and hold the right note. And after assiduously attending all rehearsals and performances, I can say I can now hit and hold the right note – most of the time. I feel more confident about singing and thoroughly enjoy the experience of singing with others and bringing joy to the audiences that the Dante Musica Viva choir has entertained over the twelve years of its existence.

I would never be game enough to sing on my own but I can be part of a larger whole that can make sweet sounds. I “tune myself” by standing next to singers who can actually sing on their own too, and adjust my voice accordingly.

A further disadvantage in my musical background is that I’ve never learnt to read music. When I was young, I didn’t have the opportunity and now that I could do it and actually did try, I gave up after failing dismally. But as you know, we all find ways to compensate for our shortcomings. Having grown up with most of the songs and arias that we learn in the choir, I know the melodies. So, despite the fact that my voice naturally gravitates towards the alto range, I’ve opted for singing soprano as the sopranos get to sing the melody while the altos often have to sing the harmony – which would be hard to learn without reading music! And with those pieces that are not familiar to me, I have developed my own system that includes the use of arrows to show me when the notes go higher, lower or remain steady. Quite silly, but it works for me…

I get to stand in the front row of the choir, not because of my ability but because I’m short and also because I often need to teach choir members how to pronounce certain words or lines – I am their language consultant! And I also explain what the song is about, translating the words when necessary. I enjoy this role in the choir as I like teaching Italian. I am also the one who cannot stand still when the music gets going – there is a foot tapping, or a hand beating the rhythm, or hips slightly moving: now, that is totally instinctive. Some people in the choir have told me to stop moving, but I do it unconsciously. Sorry folks!

That’s my life as a chorister. Now here is my other life in a few paragraphs. I was born in a little country village of Friuli (Italy) a very long time ago, when subsistence farming was the norm and everyone was quite poor. My grade 5 teacher convinced my mother (who was a widow bringing up three little children with no external support) that she should send me to middle school as I was the studious type. Bless her soul, my mother Giorgia did that, and then on to another school in Rome where I continued my general education and acquired the useful skills of shorthand and typing in Italian, French and English. These proved very handy later in Australia as they enabled me to get a great job.

I migrated at the age of twenty to join my brothers (Angelo and Roger) and mum who had preceded me as migrants. They lived in Melbourne. A couple of years after arriving I got a job as secretary in the Dept of Modern Languages at the brand-new La Trobe University. Being surrounded by academics and students, I decided I wanted to study too – I was already getting bored with secretarial work. With support from a Commonwealth scholarship and my family, I got an honours degree in Romance Languages (Spanish and French) after which I embarked on a public service career. In 1981 I moved to Canberra as part of the centralisation of federal government departments. I worked mostly with the Dept of Employment and the Dept of Education, my last job being Director of Quality and Equity in Higher Education.

Straight after retiring from the public service, in early 2000 I started my association with the Dante Alighieri Society by leading an advanced conversation group on Thursday evenings. Over the ensuing years, I’ve contributed a fair bit to the life of the Society in many other ways too – including coordinating formal classes and conversation evenings, developing the annual cultural program since 2005, writing articles for the newsletter and editing it since 2008, and doing a lot of the marketing. I have been on the committee for some sixteen years, including twelve as vice-president.

Apart from the Dante Society, over the last seventeen years I have also become involved with many other organisations and activities within the Italian community: the Board of Villaggio Sant’Antonio, the Committee for the Festa Italiana in the Embassy Gardens, the committee of the Fogolar Furlan, and freelance reporting on interesting community events for the Italian newspaper La Fiamma.

But all good things come to an end. And before moving to Sydney permanently this year, I wanted to share with you my extraordinarily happy experience with the choir. This I will definitely miss in Sydney! I am grateful to a lot of people in the choir, particularly Patricia, for being encouraging and making me believe I could do it, and that I could fit in well.

Yes, I will be leaving Canberra with a certain regret. I have made many wonderful friends here and I know that the Italian community appreciates my preparedness to lend a hand and participate in its activities. I am a totally proud Friulian/Italian and, of course, Australian!

I’ve now lived the first 20 years in Italy; 17 in Melbourne; 36 in Canberra and will finish my days in Sydney where my daughter Natasha lives. Also, for the last 20 years I have returned to my birth home in Friuli every year during the Northern summer. Objectively speaking, that’s a very interesting and fortunate life!

Finally, I wish the Dante Musica Viva choir and the Dante Society many more decades of success.

← What fabolous fun we had in February
Happy Birthday, DAS Canberra! →