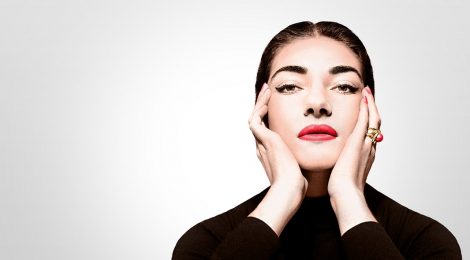 On 27 October 2016, Dante members heard a presentation by Christopher Latham. Chris has given a number of presentations to the Canberra Dante Society. He is a well-known musician – among other things he has been a violinist with the Australian Chamber Orchestra, the director of the Canberra International Music Festival and musical director of the Gallipoli Symphony. He is also, and has been from its inception, the director of Voices in the Forest, the annual concert at the National Arboretum in Canberra. (However, as he told us, uncertainty about the weather meant that the 2016 concert would be moved indoors.) His presentation this time was about two famous operatic sopranos – Maria Callas and Sumi Jo – and the contrasts between them.

Maria Callas’s voice was unique and immediately recognisable. It was not attractive by conventional standards – some even described it as “ugly” – but it was compelling. Callas, Chris said, was the embodiment of the romantic archetype of an artist, according to which the artist must suffer for his or art. Her performances were “true”, with no pretence. At each performance, she “became” the character she played and suffered with the character. Her private life was also tumultuous.

Although she became the most famous opera singer in the world, she led a profoundly unhappy life. She sacrificed her own happiness in order to give her audience pleasure. In return, her audiences were devoted to her. However, she ended up with no friends, sitting alone in her apartment listening to her own records. She died at only 53, in September 1977, having had serious vocal troubles for the last ten years of her life. Sumi Jo, the world-famous Korean soprano and star of the 2016 Voices in the Forest, grew up with the sound of Callas. Her mother, a Callas fan, played her records constantly.

Sumi Jo has read everything written about Callas. She greatly admires Callas as a singer and chose arias that were in Callas’s repertoire for the Voices in the Forest concert.

However, Sumi Jo considers that Callas is not a model to look up to as far as the nature of the artist’s life is concerned. Sumi Jo takes a very different approach. She understands that it is not necessary to become the character and suffer what the character suffers.

Chris described the perfection of Sumi Jo’s singing, but he also admires the fact that she is not just an opera singer. She is also a fully rounded and generous person, who is particularly active in support of charities.

Chris illustrated his talk with exerpts from recordings of both singers, including Callas singing Vissi d’arte from Puccini’s Tosca and Sumi Jo singing Glitter and Be Gay, from Leonard Bernstein’s Candide.