Our cultural event on 17 March 2016 was a presentation by Sara d’Alessandro: Perspective – From Brunelleschi to Michelangelo: a system for reading the world.

With a degree in the history of art from La Sapienza University of Rome and a Master’s from Turin, followed by three years working in the curatorial department of Turin’s Civic Gallery of Modern Art, Sara was very well qualified to enlighten us on this subject.

According to the treatise De Pictura, written in 1435 by Leon Battista Alberti, the technique of “one vanishing point” perspective was invented in 1416 in Florence by painter, sculptor and architect Filippo Brunelleschi. Brunelleschi, Alberti and the younger Florentine painter Masaccio, Sara told us, were “the perspective trio”.

Perspective was a central feature of Italian Renaissance painting. Traditionally, the invention of this technique is regarded as a step forward in the realistic representation of three-dimensional space on a two-dimensional surface. In her presentation, Sara explained that this is only partly true and that developments in the use of perspective also reflect an evolution in philosophical ideas.

Her talk was illustrated with a wide range of art works, from the ancient Greeks and Romans up to Titian, but her main focus was on the Italian Renaissance. Sara showed us how the depiction of space in art reflected the prevailing world view.

For example, ancient Roman frescoes in Pompeii include realistic, three-dimensional, human figures, but make no attempt to depict the background space realistically, since it was of little interest. By contrast, in the Middle Ages, the predominant idea was of an entire world created by God. So in sixth century mosaics, human figures are seen within detailed depictions of nature, as part of a divinely-created whole. 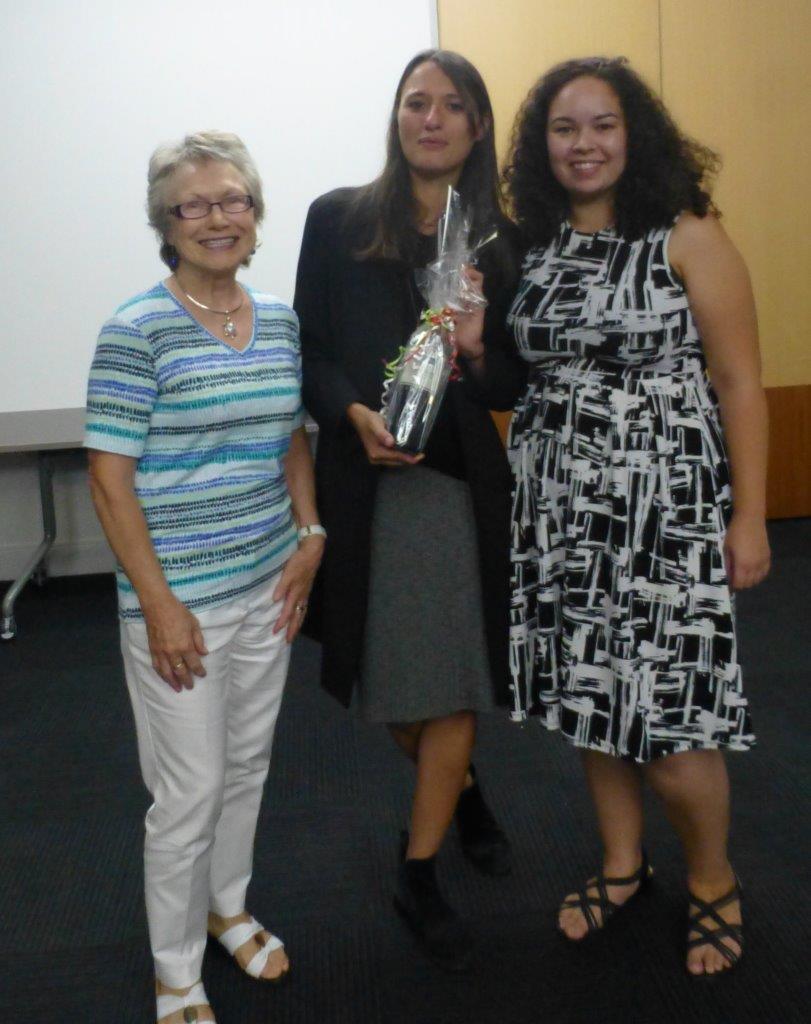 In medieval art, the size of a figure was determined by its religious or social importance, not by the way it is seen by the human eye in space. Renaissance artists instead used composition, including perspective to guide the viewer’s eye to the most important element.

The use of perspective became extremely popular. It did not necessarily lead to greater realism. Alberti, who set out the mathematics of perspective in De Pictura, wrote that it is a way to represent an ideal world of harmony and proportion.

This is reflected in 15th century paintings of “the ideal city”, depicting a “perfect” space, and in paintings where events occur within a metaphysical world, rather than the real one.

Later, da Vinci, as a scientist, questioned the single perspective idea and his approach was more perceptual and realistic, rather than mathematical. For their part, Michelangelo and Raphael placed figures in a more dramatic, theatrical space, but Michelangelo was interested in the human body, not in its placement in space.

Titian, who was not from Florence, was completely different. He used perspective, but not to show an ideal world. He shows a more realistic world and uses colour, not just line.