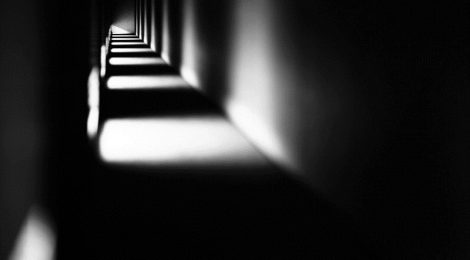 Regarded as an important contemporary poet, Bartolo Cattafi was born in Barcellona (Sicily) in 1922. A law graduate, he lived mostly in Milan where he worked in public relations and advertising, and died in that city in 1979. He published several collections from 1951 to his death, and an anthology of his poetry appeared in 1990.

Cattafi was marked by the fascist regime of his youth and the horrors of the second world war: his poetry reflects his sombre mood. Feelings of emptiness and solitude characterise his works, as can be seen in the poem presented here.  A critic, Giorgio Barberi Squarotti, saw Cattafi’s works as among the most unsettling of the post-war period adding that, filled with “bitterness, disappointment”, Cattafi examines “the conscience of his generation”.

Here is the translation by Lawrence R Smith found in his anthology The New Italian Poetry – 1945 to the Present.

In an hour of great light
in a large piazza paved
with whitish stone
darkness is born like a fountain
an animal a bird a plant
scattering in silence
then every breath of wind ceases
and you can fall into those taut wires
get tangled there in the middle
tumbling forward
toward the darkness with bulging eyes
to smash your forehead.