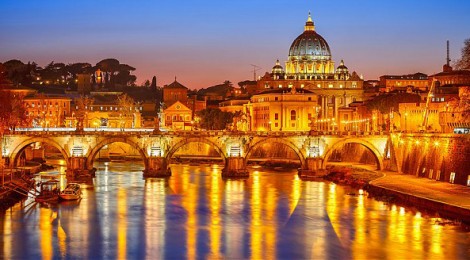 Sergio Corazzini was born in Rome in February 1886 and died there of tuberculosis in 1907. He lived a very unhappy short life marred by illness (his own mother and one brother died of TB) and poverty. His poetry is typical of the ‘twilight’ (crepuscolare) genre characterised by feelings of emptiness and melancholy. Corazzini also focuses on the simple things in life and uses simple, accessible language. Still young, he fre-quented a Roman café next to his father’s tobac-conist shop, Caffè Sartoris, where he met and mixed with other literary figures. He wrote his first sonnet in the Roman dialect – Na bella idea – at the age of 16. The sadness of his emotions is obvious in the following poem.

The Liberation
Singing softly, without / a tremor, the prisoner / with worn-out hands / gathered up all the dusty / old things, her coins / from another era, / looked into the corners where evening / had already spun its webs of shadow / and tried the door guarded / by hundred-year-old spiders.
The leaves with an air / of dancing / ran through their monotonous round / before the house / of Melancholy, where / unchallenged, starving Hope / made her escape.