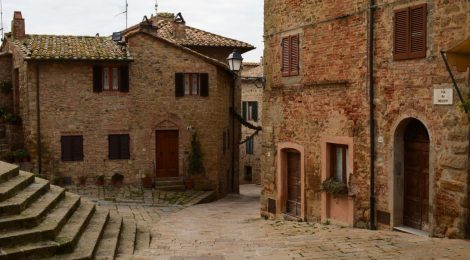 The event will be held in the Function Room

of the Notaras Multicultural Centre (Level 2)

Early on the morning of Good Friday 7th April 1944, German soldiers occupied the ancient hill fortress of Monticchiello. In less than an hour they forced everyone to line up along the wall outside the main gate. First the children, then the women and on the other side of the gate, the old men. Ten-year old Arturo Vignai watched and waited as German soldiers set up machine guns opposite them on the flat strip of land at the top of the steep “white” dirt road. Their officer emerged through the broad gate with a local woman and a priest talking, gesticulating beside them. The soldiers finished setting up their guns. The woman spoke for less than five minutes to the officer. He turned, issued an order to his men, who packed up their guns and left Monticchiello without firing a shot. The village would have been the first of many strategic, brutal massacres by Nazi-fascist forces in rural Tuscany between April and September 1944. Why did it escape?

Judith Pabian is in the final year of her doctoral research in History at The Australian National University. The relationship between active armed resistance and the quieter, everyday resistance of rural Tuscan communities is a major focus of her work. She makes regular research trips to Tuscany and is affiliated with the Biblioteca Archivio Storico Piero Calamandrei in Montepulciano, where her mentor is the President of the Archive, la Signora Silvia Calamandrei. She has attended immersion courses and taken private lessons in Italian with the Il Sasso Language School in Montepulciano.