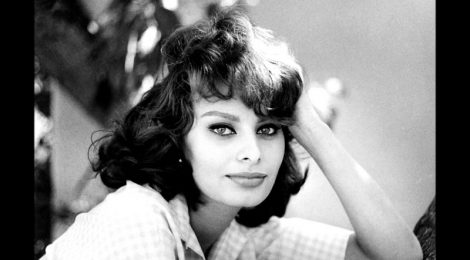 The guest speaker at our cultural event on 21 April 2016 was Dr Gino Moliterno. Before his recent retirement, Gino lectured at ANU on Film and New Media, having previously been for some years a lecturer in Italian literature.

The subject of his presentation was one of the most important figures in Italian, and world, cinema – Sophia Loren. Gino described for us her true-life rags to riches story and her remarkable career.

Sofia Villani Scicolone was born in Rome in 1934 to a single mother, her father refusing to acknowledge her. She and her mother moved to a poor neighbourhood near Naples, where she grew up, a thin, sickly child.

However, in her teens she blossomed, and her mother, who had always wanted to be in movies herself, took her to Rome in the hope that this dream might come true for young Sofia. Her acting apprenticeship was in Foto Romanzi, in which she adopted the name Sofia Lazzaro.

Like many other aspiring actresses at the time, she also entered beauty contests. In about 1950 she caught the eye of one of the judges, Carlo Ponti, a rich, married, film producer 22 years her senior. He found her small parts in films. She changed her name again – to Sophia Loren. By the mid 1950s she was getting work with leading directors, rivalled Gina Lollobrigida as most popular Italian actress, and had begun to be paired onscreen with Marcello Mastroianni.

From 1957, Ponti found her roles in Hollywood, where she appeared opposite all of the leading men of the time. She became a true Hollywood superstar and in 1964 appeared on the cover of Life Magazine. 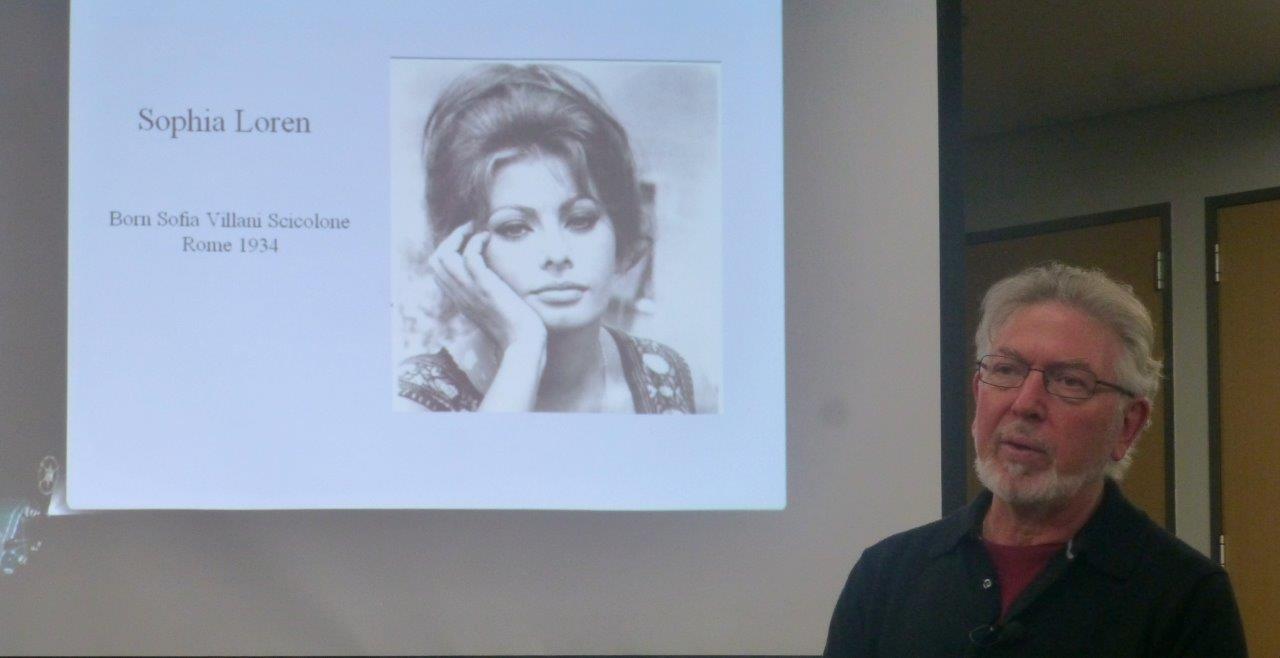 She and Ponti lived together for many years, unable to marry because Italy did not allow divorce. An attempt to divorce his wife and marry Sophia in Mexico led to threats that Ponti would be charged in Italy with bigamy and Sophia with “concubinage”. Eventually, Ponti, his wife and Sophia all moved to France, where Ponti and his wife divorced and he married Sophia in 1966. They had two sons, and remained together until Ponti’s death in 2007.

From the early 1970s, Sophia made fewer films, as she gave priority to looking after her sons. However, a notable role in 1977 was as an unhappy housewife in Ettore Scola’s A Special Day (Una giornata particolare), in which she again co-starred with Marcello Mastroianni. Then in the 1990s her career took a new turn as she took on ‘mother’ roles. 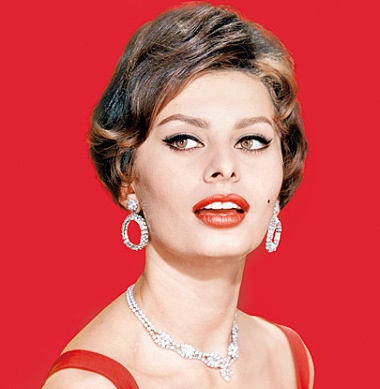 We finished the evening by watching four contrasting excerpts from Sophia Loren’s films, the first three all directed by Vittorio de Sica.  First, we saw her in her ‘breakthrough’ role at the beginning of her career as the young, sexy, unfaithful, but resourceful wife of a Naples pizzaiolo in the 1954 film The Gold of Naples (L’oro di Napoli). Then, in a very different role from 1960, we saw her dramatic portrayal of a mother in wartime Italy in La ciociara (English title Two Women), based on a novel by Alberto Moravia. This performance, which drew on her and her mother’s experience in wartime Naples, earned her the Academy Award for Best Actress in 1962. Then we saw her with Marcello Mastroianni in the light-hearted “strip-tease” scene from the 1963 film Yesterday, today and tomorrow (Ieri, oggi, domani). Finally, Gino showed us the mature Sophia Loren relishing her role as a forceful Naples housewife in Lena Wertmuller’s 1990 film Saturday, Sunday and Monday (Sabato, domenica e lunedì).