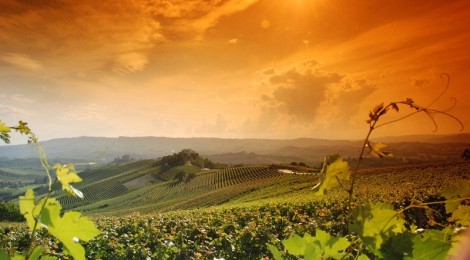 In the words of an Italian journalist, Italy “is like a car with too many hands on the wheel and too many feet on the brakes” (una macchina con troppe mani al volante e troppi piedi sui freni). And another journalist, commenting on an official, reputable report that shows that on all economic and social indicators Italy’s South is in dire straits (“even worse than Greece”), sardonically likened the report’s conclusions to a doctor who says “there is nothing more that can be done for the patient – call the priest for the last rites”.

These pessimistic observations are reflected in what many ordinary Italians think: the country’s governance leaves much to be desired; the economy is still in the doldrums; the political class (which safeguards its privileges) is incapable of agreeing on a positive course to boost economic activity; corruption and nepotism still stifle public life at all levels. Some people, exasperated, even nurture the secret desire of seeing all politicians blown up!

But then again ordinary Italians keep spending, eating out, going on holiday, attending cultural events and so on. In other words, despite the bad news and the whingeing, they get on with life regardless – and that’s how it’s always been in this resilient and creative country.

Each year on my return from my trip “back home” I share with you a few observations based on following the news and talking with people. So here’s the latest.

An African heatwave hit Italy as well as other parts of Europe. It was the hottest summer in some 30 years – with temperatures in the high 30s with high humidity for extended periods.

The incessant arrival of boats full of migrants/refugees and the frequent tragedies at sea were the major topic in all news reporting. In the first 8 months of the year some 116,000 people have arrived on Italy’s shores while it was estimated that 2600 had died at sea. What the Italian media omitted to say, however, was that even greater numbers had landed in Greece (nearly 235,000). The issue was typically presented as if Italy alone was carrying the burden of the flood of people fleeing war and poverty in Syria, Afghanistan, Iraq and other African countries. The media and the Italian Government constantly advocated a greater involvement by the European Union. The flood of humanity arriving in Europe was described by the EU as the worst refugee crisis after WWII. A war of words developed between the Catholic church (who advocated compassion and reason) and the right-wing party La Lega which wanted to stop this “invasion”.

The economy showed some small signs of recovery and Prime Minister Matteo Renzi stressed this positive trend – “il paese si è messo in moto”. By the second quarter of 2015, Italy registered an increase of 0.7% of GDP on an annual basis, and a slight decrease in unemployment.

Tax evasion is a major impediment to Government’s financial resources. Half of all taxpayers declared an income under 15,000 euro for 2013. But Italians expect free services from the public purse – they don’t join the dots and see that unless they pay their fair share of tax, the Government does not have the money to spend on hospitals, roads, education etc.

Some 90,000 young Italians left Italy in 2014 in search of better work opportunities in other countries. There was a concern that those with higher ambition and drive as well as skills were leaving, and that Italy would be the poorer for that.

On the positive side of the ledger, there was a significant increase in the number of people taking seaside holidays compared to previous years, indicating an increase in optimism and disposable income. Sicily and Campania recorded the highest rises (+30% cf 2014).

Pope Francis maintains a high degree of popularity and appears frequently on TV news. The austerity he has introduced in the Vatican appeals to Italians as do the ease and simplicity with which he relates to people in general.

Drug use by young people, especially at discos, became a major issue when three young people died and seven were in a coma as a result of drug use at a well-known disco on the Adriatic coast. I came across the colloquial term “sballo”, which means “drug-induced trip”.

The funeral of Roman mafia boss Vittorio Casamonica featuring horses pulling an ancient carriage and a helicopter dropping rose petals, drew attention to the power exercised by organised crime in the capital. Many public officials knew of the planned showcase event but had done nothing to stop this totally inappropriate display of power and wealth. Were they complicit or intimidated? Who knows.

The 35th anniversary of the explosion in the waiting room of Bologna’s station, which resulted in the death of 85 people and the injuring of over 200, was marked by a major demonstration in front of the station. Demonstrators demanded to know the whole truth on the bombing and expressed disgust at the fact that the two people found to have placed the bomb have already been released from gaol. It is widely believed that investigations into the event were thrown off track.

Another anniversary remembered was the murder in 1975 of Pier Paolo Pasolini, an intellectual, writer and film director. While a young man was officially found guilty of the murder, the truth on the real instigators is yet to emerge.

On the personal side, there were many highlights in this year’s. My 98-yo zia Oliva is still alive and recovering well from a little stroke; my older brother Roger joined me in my birth home – the first time we were in it together since our childhood and so we had the opportunity to reminisce about growing up in the house and the village; a friend took me for a very pleasant drive around the Langhe, a hilly area in the Piemonte region famous for its Asti Spumante and Ferrero Rocher chocolate and Nutella, and now UNESCO World Heritage site; I was delighted that several Dante members (Tina Bain, Clare Conway with husband, Giovanni Di Zillo with wife, Luke Roberts with wife and young daughter) came to visit me in Vivaro (Friuli) and became acquainted with my region; with Tina, I enjoyed seeing the Venice Biennale (where country entries range from the sublime to the ridiculous) and attended Mozart’s opera Don Giovanni at the Arena di Verona; I admired once again Michelangelo’s Sistine Chapel and Raffaello’s rooms in the Vatican Museums; and – dulcis in fundo – I climbed the 320 steps to the top of the cupola of St Peter’s Basilica to enjoy a breathtaking view of St Peter’s Square.

All in all I had a fabulous time and can’t wait to do it all again next year!