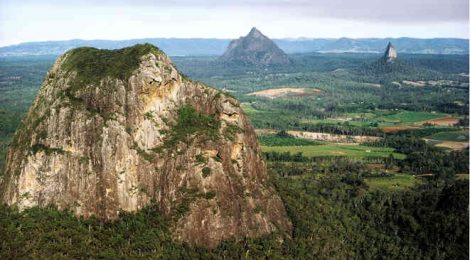 The amazing life of Felice Benuzzi

On 20 July 2017, we heard a fascinating talk by Rory Steele. A retired Australian diplomat and writer, Rory has a number of connections to Italy, including having served as Australia’s ambassador to Italy from 1997 to 2001.

In 1954, when he was a child, his family went to live in Italy for a number of years. In a house that they rented in Liguria, he found on the bookshelves a copy of the book No Picnic on Mt Kenya. Reading this book aroused in him a lifelong interest in its author, Felice Benuzzi. That interest eventually led him to write a biography of Benuzzi, which was published recently in Australia and, in Italian translation, in Italy.

Benuzzi, he told us, must be the only person ever to break out of prison, climb a mountain higher than any he had ever seen before, and then break back into prison to finish his sentence.

Felice Benuzzi was born in 1910 in Vienna, but after the First World War his family moved to Trieste. Felice was a born and bred mountaineer, having first gone up a mountain as a baby in his father’s backpack. Encouraged by the passion for outdoor exercise that was then being promoted by Italy’s fascist regime, young Felice and his friends constantly climbed the hills and mountains near Trieste. When he did his military service, he was disappointed not to get into the Alpini. An attempt to join the Foreign Service was also unsuccessful. Instead he joined the Ministry of Colonies.

However, in the meantime he had met and fallen in love with a young Jewish woman from Berlin. They married one week before racial laws forbade Italian civil servants to marry Jews.

Felice was posted to Ethiopia as a civil servant. He then served in the Italian army there from 1938 to 1940. However, in April 1941, the British captured Addis Ababa and rounded up Italian civil servants and military personnel.

Felice was sent as a prisoner to Kenya, where he found himself in a camp north of Nairobi. He knew that this must mean he was near Mount Kenya, the second-highest mountain in Africa. However, it seemed always to be hidden in the cloud. Then one day he caught a glimpse of it – the peak covered in ice even though it was on the Equator. He immediately “fell in love” with the mountain and decided he had to climb it. This became an obsession.

He found two other prisoners to share the adventure. The idea was reckless. They were badly nourished, not in training, and had almost no information at all about conditions on the mountain, including the weather. Furthermore, they had only improvised equipment, such as ropes made from string netting that formed part of their beds, and clothing made of blankets.

Nevertheless they broke out of the camp and set off through the jungle up the side of the mountain, through many difficulties and dangers, including wild animals. A blizzard prevented them from reaching the highest peak. However, they succeeded in scaling another peak of the mountain, where they planted an improvised Italian flag that they had brought with them from the camp.

Then they climbed down again and broke back into the prison camp. They had been away for 17 days, for the last 3 of which they went entirely without food. The next day, showered, shaved, fed and rested, they reported to the British camp commandant. Luckily, the commandant admired their sporting spirit and let them off with only 7 days confinement as punishment for their escape.

After the war, Felice was re-united with his wife, and his daughter, who had been sent to an internment camp in Ethiopia.

He now succeeded in joining the Foreign Service and was posted to Paris. In the early 1950s, at a time of major Italian immigration to Australia, he was the Italian consul in Brisbane. He took the opportunity to climb the Glasshouse Mountains. In fact, during all of his postings, he climbed mountains wherever he went.

As well as being a diplomat and mountaineer, Benuzzi was also a prolific writer. No Picnic on Mt Kenya, published in 1953, is still regarded as a classic in the field of mountaineering.

Felice Benuzzi died suddenly of a heart attack at his home in Rome in 1988.

Rory Steele’s book is called The Heart and the Abyss: The Life of Felice Benuzzi. You can find out more about the book and about Felice Benuzzi on the website at http://www.benuzzibook.com/.