Browse: Home   /   THE AUSTRALIAN INSTITUTE OF SPORT IN ITALY, A PRESENTATION BY WARWICK FORBES ON 17 JUNE 2021 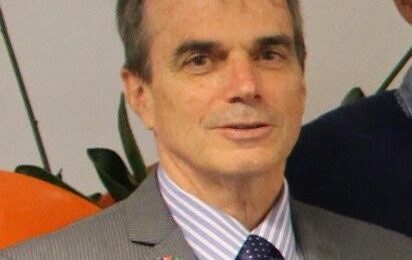 THE AUSTRALIAN INSTITUTE OF SPORT IN ITALY, A PRESENTATION BY WARWICK FORBES ON 17 JUNE 2021

Warwick Forbes is the Head of the AIS Europe and Director of the European Training Centre (ETC) located at Gavirate in the province of Varese which is located in the Lombardy Region. Warwick studied human biology at the University of Western Australia and then continued his studies in the US where he gained a BA in Physical Education and an MA in Exercise Physiology, Kinesiology at the University of Berkeley, California. He pursued an academic career from 1979 to 1983 then he took up the position of National Coach Gymnastics, a position held till 2000. His involvement with the AIS which began while filling this position, kept expanding over the ensuing years – he became Gymnastics Program Manager, Head Coach of Men’s Gymnastics, AIS Group Sport Manager (2004-2007), and then Director/ General Manager of the ETC in Italy (2007-2012). Warwick has been the Head of AIS Europe and ETC Director since 2014. In his roles of Head Coach and team management Warwick has been involved in five Olympic Games (1984-2000), eleven World Championships (1983-1999) and four Commonwealth Games (1986-1998).

← WHO IS DANIELA SCACCABAROZZI, THE SPEAKER AT OUR CULTURAL EVENT OF 20 MAY 2021?
National Launch of Dante Under the Southern Cross Professor Rodney Lokaj Takes Us on a Journey from Melbourne to Spoleto in a Heartbeat →