Browse: Home   /   The first Festa Italiana in the Embassy Gardens 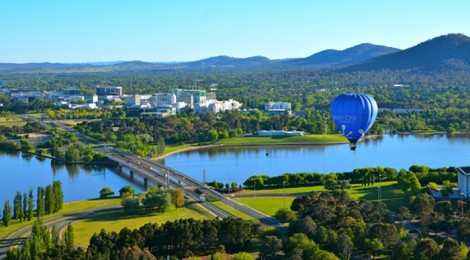 The first Festa Italiana in the Embassy Gardens

Luigi Catizone has reported on this Festa from the viewpoint of a newcomer to Australia. He was impressed by the strong attachment to Italy demonstrated by the local Italian-Australian community that collaborated to make the day such a huge success: over 4000 people are estimated to have visited the Embassy Gardens – we had expected 1500-2000 at most.

It was the first time I recall in my 30+ years of living in Canberra that the ambassador has opened his residence to the general public. Ambassador Pier Francesco Zazo is relatively young, has a young family and actually enjoys meeting the Italian community and of course promoting Italy with the broader community. He is a breath of fresh air at the embassy.

I attended the first Festa meeting in February 2015 called by the ambassador’s wife Svetlana and local businesswoman Anna Capezio – just the three of us at the start. Svetlana became the patron, Anna became the president and I became the Secretary/Publicity Officer of the organising committee. As Luigi said, committee membership progressively grew in order to undertake the numerous tasks required to make it all happen. The number of hours put in by the committee throughout the year and by volunteers on the day of the Festa was incalculable. As the ambassador subsequently said, it just shows how much can be achieved when the Italian community, proud of its heritage, works ‘as a team’ and in collaboration with the embassy.

The two main purposes of the Festa were to highlight Italian culture (including through food, wine, luxury sport cars, music and song, and an appreciation of the art and architecture featured in the residence) and to raise funds for two local organisations with an Italian connection: the bilingual Yarralumla Primary School and the aged-care facility Villaggio Sant’Antonio.

The Italian-Australian business community generously supported the event by donating cash to cover expenses or goods to be used in the food stalls or the raffle. Through her connections, Svetlana obtained some great raffle prizes eg from Carla Zampatti, Max Mara and Bulgari.

The Dante Musica Viva choir gave a great performance singing a variety of pieces ranging from opera to folk songs. Our Treasurer Mario Rosi played the piano accordion to warm up the crowd and our own ‘star singers’ Livio Chicco and Virginia Banyard, sang for over half an hour during the afternoon. The Dante had an information stall manned by Franco Papandrea and Alessia La Cavera and it was kept quite busy.

The embassy and the organising committee are so pleased with the success of the first Festa that they are all thinking that a second Festa in the Embassy Gardens can and should be organised in 2016 – with much less effort and even greater results given that we have all learned from this year’s experience.