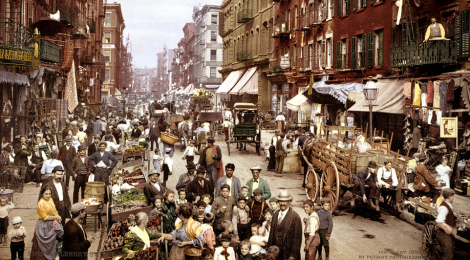 “The Fortunate Pilgrim” by Mario Puzo A book review

The Fortunate Pilgrim, written by Mario Puzo, takes us to a world that has disappeared. It is the world of Italian migrants in the bowels of early 20th century New York. Mario Puzo is much better known as the author of the Godfather. Yet, in an interview, he said:

Whenever the Godfather opened his mouth, in my own mind I heard the voice of my mother. I heard her wisdom, her ruthlessness, and her unconquerable love for her family and for life itself. … The Don’s courage and loyalty came from her; his humanity came from her… and so, I know now, without Lucia Santa, I could not have written The Godfather.

If you would like to meet this remarkable woman, you will need to read the Fortunate Pilgrim, for there she appears as the semi-biographical character Lucia Santa. Puzo describes the Fortunate Pilgrim as his greatest work and it is a pleasure to read, although very few know about the book. Unlike his later works which were written, as he says, to make a living, Puzo wrote the Fortunate Pilgrim as a work of art. It is, in part, the story of his own childhood and is a careful portrait of the immigrant life he experienced.

The Fortunate Pilgrim does not allow us to look away from the bitter but rich lives of Lucia Santa’s desperately poor family. Through their own eyes, we see the lived meaning of the world in which they find themselves. Puzo places us as silent observers at their kitchen table and we rejoice at their triumphs and mourn their defeats. 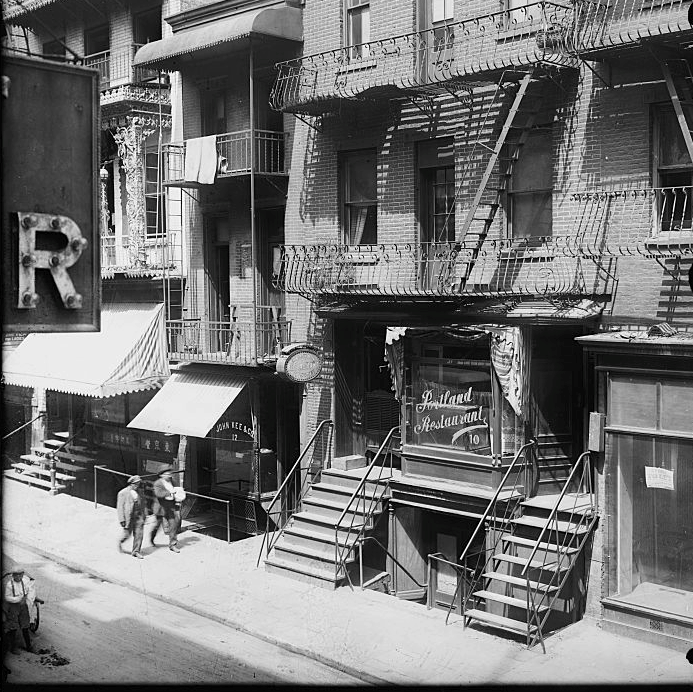 Hell’s Kitchen, New York: the setting of the Fortunate Pilgrim

Santa Lucia is the indomitable hero of this story. She is the general who leads her family. Around her are gathered children and neighbours. Both she and her fellow mothers are concerned for the next generation, who are being changed by the new world they live in. Their conversations are often about the gap that opens between those who crossed the sea and their children who grow up in a new land. Among the most touching passages of the book are those which speak of this gap:

The price paid for entry into this new world is high and comes up again and again as, for example, when the family’s oldest daughter Octavia returns as an unfamiliar “American girl” after being in hospital for a time.

The poverty that drove the families to America remains an ever-present reality and a lens through which they see the world. With poverty comes vulnerability and we see it strike the family again and again. Lucia loses her first husband in an industrial accident and more tragedy is to follow.

But the human spirit has a way of transcending even the most difficult of circumstances. And so it is in the story Puzo weaves. Children play and rejoice. Lovers join lives together. Families still find richness in each other and a community life flourishes in this far-away place. Villages are re-born in the relationships of neighbours in the streets of New York. Although it must pass with time, they cling to a model handed from generation to generation: the ancient wisdom of a people who have weathered many storms. The stories in the end are universal.

Part of the pleasure in reading this book comes from the Italian ways of its characters. Anyone who knows Italian culture will experience delightful points of recognition. Mario Puzo gives us a profound insight into the culture that these Italian migrants carried, and how they made sense of the world to which they had come. Although set in America and not everything is the same, it is a story that resonates with the stories of the Italian diaspora in Australia.

The Fortunate Pilgrim is available both as a print and as an ebook and can be purchased from a variety of booksellers. An audiobook version and an Italian translation called Mamma Lucia, can be borrowed from ACT Libraries.

Michael Curtotti is currently writing a series of articles called “Italian Stories” which can be accessed at his website at https://beyondforeignness.org