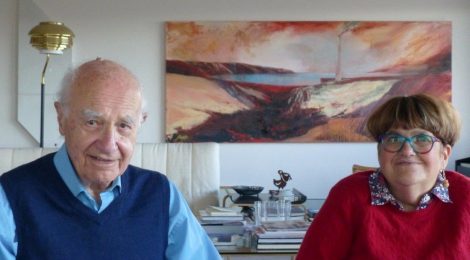 It is with great sadness that I heard the news that Aldo Giurgola had passed away. Aged 95, he went peacefully on Monday 16 May, 28 years after the official inauguration of his magnum opus – Parliament House. On that special day, he had led the queen on a personal tour of the House. Not that he boasted about this. In fact, this humble, self-effacing genius never boasted about anything. He was ready to praise others, but I never heard him criticise anyone or anything, let alone the work of other architects.

I had the opportunity to get to know Aldo in the last three years of his life. In May 2013 I plucked up the courage to ring him and ask for an interview for a feature article I wanted to write for the Italian newspaper La Fiamma on the occasion of the 25th anniversary of Parliament House. At first he resisted as he wondered why anyone would be interested in reading about him, then he relented and agreed. I thought we would get the interview done in less than two hours and that would be it. Instead, we chatted for much longer and went to a Kingston restaurant for lunch. My article was published on 5 June and he was delighted with it. 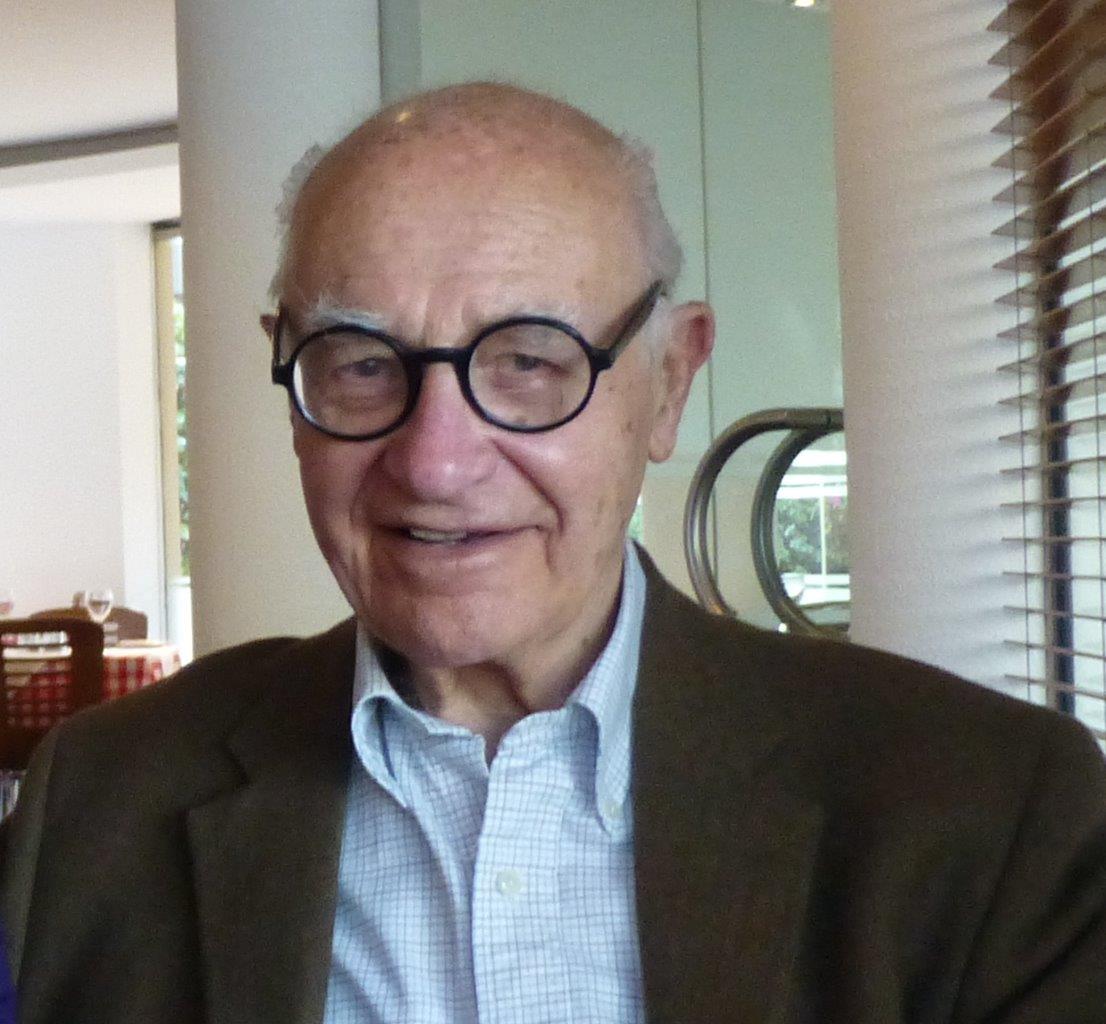 During the interview I discovered that his mother was born in Portogruaro, a Veneto town near my region of Friuli. As I was about to go to my hometown in Friuli, he asked me to go and take some photos of two places that he remembered very well from the childhood holidays he used to spend there with his mother and grandparents. One of these was the town hall. He remembered finishing all his bicycle rides in front of this building, admiring its medieval features. Clearly the architect in him was awakening. Quite by chance, while visiting Portogruaro I also photographed a “palazzo” in the main street that he recognised as his grandfather’s house.

I also discovered that he had designed three schools for Friuli. The US Development Agency had funded the design and building of these schools to assist Friuli in its reconstruction following the devastating earthquake of 1976. Two of the schools were within 20 km of my hometown and in 2014 I went to photograph them for Aldo. He had told me he was particularly fond of the little Villotta di Aviano primary school, which he had visited in 1994. Indeed the school principal gave me a photocopy of the message he had written at the time: “Dopo molti anni ho trovato la scuola di Aviano come nuova e sempre più bella. Congratulazioni agli insegnanti… ed ai bambini. Romaldo Giurgola, architetto 15.6.94”. 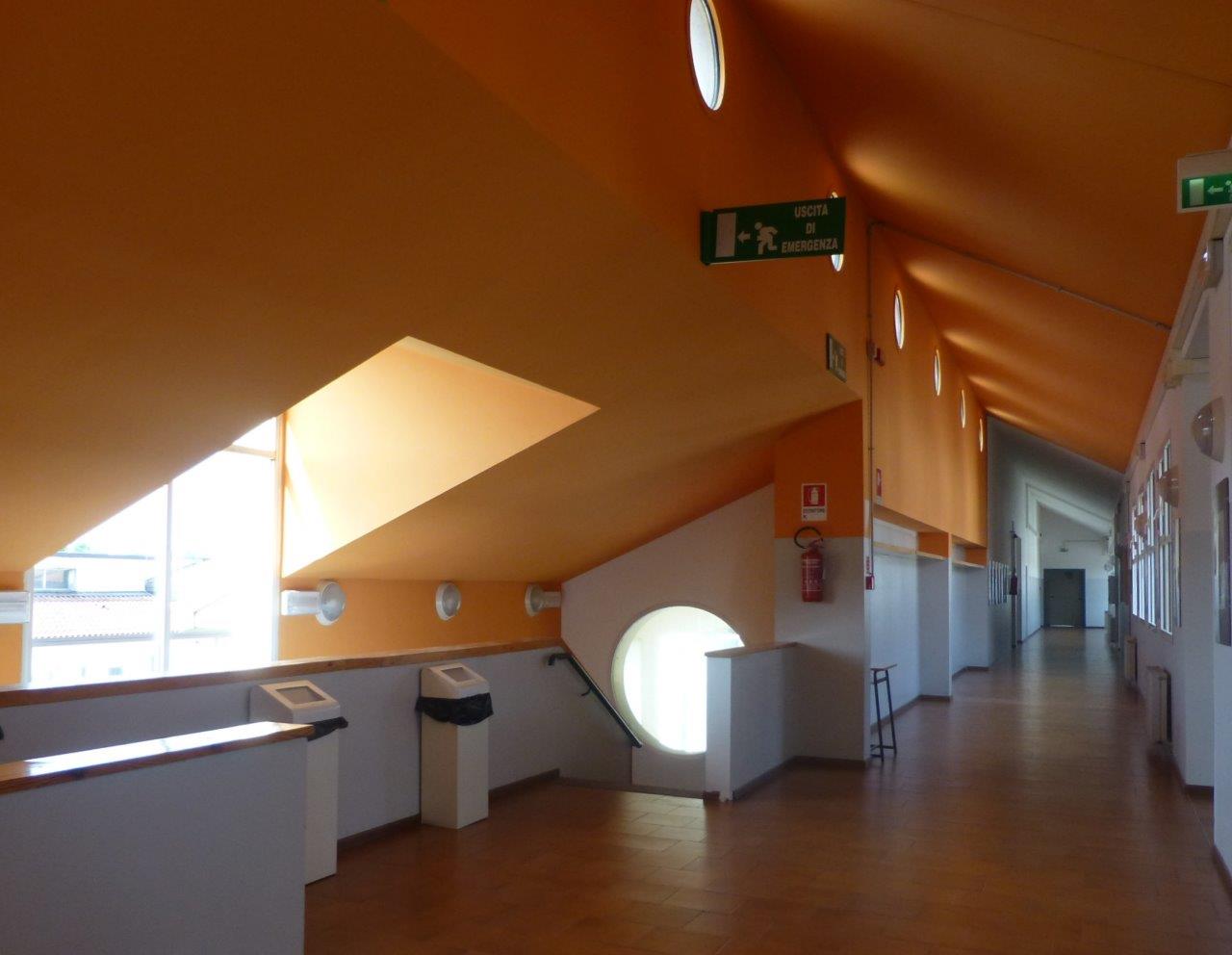 What had struck me about the design of the two schools was Aldo’s strong emphasis on natural light and open spaces together with the use of geometric features – all characteristics that are so prominent in the design of Parliament House. While I cannot confirm this, Aldo seems to have been working on the design of the three Friulian schools while already working on Parliament House – both schools were inaugurated in 1984 while PH was being built. He must have had inordinate energy and unbounded creativity. At this stage of his life he was already in his sixties, when most people gladly prepare for retirement….

In 2015, as he grew more and more frail and his daughter Paola could no longer take care of him at his Kingston apartment, Aldo had to move into residential care. I remember the first time I visited him there I brought with me the two CDs of the Dante Musica Viva choir and played a few songs for him. He particularly enjoyed three of them (La bella Gigogin, Come porti i capelli bella bionda and ‘O sole mio) – I saw him smiling, beating the tempo and singing some of the words along.

We only spoke Italian. Indeed, he preferred to do so and expressed a slight regret that because of the intensity of his work he had not participated in the life of Canberra’s Italian community, especially its cultural events. But he was now keen to reconnect with his roots. He told me that in his youth he had studied Dante’s masterpiece the Divine Comedy, and now wanted to re-read. In mid 2013 after hearing from me about the activities of the Dante Alighieri Society, he joined it and read our newsletter with great interest. In June 2014 he attended one of our cultural events – a presentation on Fellini given by ANU’s Gino Moliterno. Ambassador Zazo and his wife Svetlana were also present that evening.

Aldo was also an artist. He kept drawing and doing watercolour paintings sitting at the window of his Jindalee room right opposite a majestic gum tree. It is a mystery to me why his hand slightly trembled when he wrote, but did not tremble at all when he drew! The brain works in mysterious ways.

I feel privileged to have played a small part in the last three years of Aldo’s life, reigniting his interest in his Italian roots, in our language, literature, music and culture. And in helping him relive snippets of his childhood in Rome but also snippets of it in Portogruaro.

For those interested in reading more about Aldo’s life and work, I published an article in the Sept-Oct 2013 newsletter. You can track it down on http://danteact.org.au/aldo-giurgola-our-architect.

[Ed. The original article contained a photograph and some references to Aldo Giurgola’s funeral prayer service that have been removed following advice from his executors that publication of such details was inconsistent with Aldo’s expressed wishes. We were not aware of those wishes.]