Australia and Italy have a long relationship and much of it starting with the Italian migration to the Australian Goldfields in the 1850’s, but most Italians migrated in the post-WWII years, a period that enriched Australia and forged numerous business and cultural relationships. In 2021 Australia and Italy still have huge economic and political ties that encourage cooperation and friendship. One area that is not so evident is the decision Australia took in 2005 to locate our European sporting base, the AIS European Training Centre (ETC) a branch of the Australian Sports Commission (ASC), under the direction of the Australian Institute of Sport (AIS), in Gavirate (VA), Italy.

After the 2000 Sydney Olympics it was obvious that our isolation from the rest of the world was a sporting disadvantage so it was decided to find a base in Europe. The AIS considered many locations in Europe, Southern Italy, France, Spain and even Great Britain, but Gavirate in the Province of Varese was selected, as Northern Italy had emerged as a natural attraction for many of our important Olympic sports. During the last thirty years many Australian teams had discovered the similarities in climate, lifestyle, and sporting motivation, particularly in Cycling, Rowing, Canoe, Football and numerous other Olympic sports. 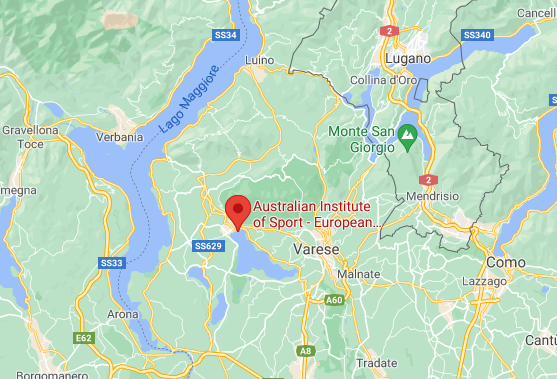 One important partner we found, with the same sport anti-doping philosophy, was MAPEI Sport Services in Castellanza, in the Province of Varese, owned and funded by the late Dr Giorgio Squinzi, and managed by a world renown Sport Scientist Professor Aldo Sassi, they gave us the confidence in the Italian sports system. Naturally, an enthusiastic provincial government willing to work on innovative and long-term solutions reinforced our confidence. Finally, Milan-Malpensa airport would enable Australian athletes to arrive, acclimatize to the European time zone, prepare for competition, and would offer easy access to all other major European cities.  Thus, discussions commenced with the Province of Varese in 2005, in 2007 one AIS staff member was deployed in Varese to facilitate the collaboration, and the construction of the AIS European Training Centre in Gavirate occurred from 2009 to 2011.

The Opening of the AIS European Training Centre in Gavirate on the 28th of March 2011 was attending by prominent Italian and Australian politicians, and both the Australia Olympic Committee (AOC) and CONI. The Australian Sports Minister of the day signed a memorandum of understanding with the Italian Foreign Affairs Department which confirmed this strong and ongoing sporting collaboration between Australia in Italy. Australia now had a functional training base in Europe, that gave our Olympic and Paralympic sporting teams a ‘home away from home’, plus easy access to countless European and international events.

From 2011 to 2013 the AIS ETC developed and refined various models of how to best assist Australian teams in Italy and Europe. We knew that each sport had to find its own unique way of maximizing the advantages that the ETC and Varese offered. Many sports come for extended periods, of three to eight months, using the ETC as their European home and travelling to events in Europe. Other sports establish Gavirate as their short-term base and invite in other European Nations to competitive events in Varese, before embarking on major European or world events. Our Olympic and Paralympic sports have now found their ideal solutions, suited to their sport and this is proving to be not only an economical solution, also an environmentally sustainable solution but importantly, a performance enhancing solution. 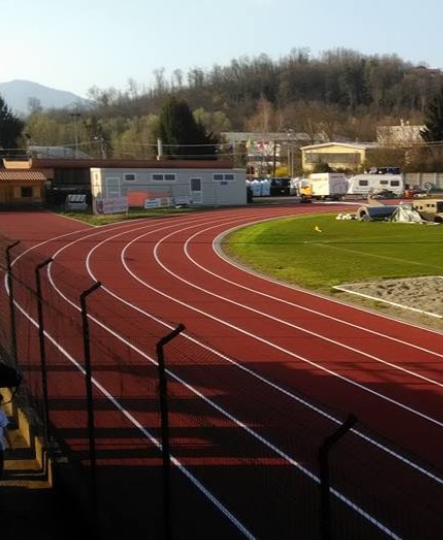 It was not long before many other European countries heard about and came to inspect this new concept that the AIS had developed in Gavirate. The Province of Varese was keen to attract other European nations to the area, the Varese region was gaining the reputation of being the paradise of sport and therefore the Province was supportive of European nations using the ETC. Naturally, Australian teams have precedence of use but in the European winter many of our Australian Olympic and Paralympic teams are in Australia. Since 2013 we have built a very positive reputation as the best high-performance center for rowing in Europe and we accommodate teams from the icy northern nations during their winter. This increased occupancy has supported the center economically but also supported the local community, as athletes are keen to sightsee, shop and taste the flavorsome Italian cuisine of the area.

In 2020 we had reached our maximum capacity and we were expecting to have more than 10,000 bed nights, unfortunately the Covid-19 pandemic engulfed northern Italy and the center was closed and staff returned to Australia. The positive news is that in September 2020 the Australian Sport Commission Board agreed to extend our presence until 2026 and probably until 2031.

There are ongoing discussions for the future expansion with hopefully Football Australia using the ETC as a base for younger players and collaborating with the local Gavirate Football Association, which is now a junior center for Juventus. Australian Track and Field and FIDAL are investigating if there could be possibilities of wider collaboration between their various disciplines. The Australian Pole Vault squad are keen to base themselves in Gavirate and recently Varese has constructed an indoor pole-vaulting center. We hope that Australian and Italian pole vaulters can grow and perform together using their combined knowledge to enhance both teams.  The Italian middle distant runners base themselves at the University of Insubria in Varese. This also appears to be an attractive option for both Italy and Australia to consider as we move toward the 2024 Paris Olympics.

We now have some time to plan out carefully how we can open an improved AIS European Training Centre in 2022. A revitalized Centre that can assist Australian athlete’s performances in what will be a long and unknown post-pandemic environment, deepen our Australian-Italian ties, and importantly provide an ecologically sustainable center for the next decade and beyond.

(Head of the Australian Institute of Sport Europe)