Frank Pangallo arrived in Australia from Italy 70 years ago, when he was four years old. He and his family had many difficulties because they didn’t speak English and Italians were not very welcome in Australia at that time. 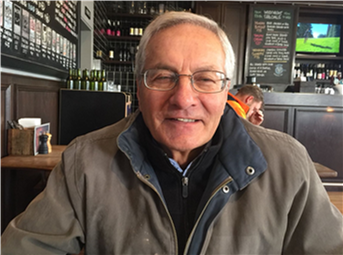 In 1977, Frank received an M.B.E. (Most Excellent Order of The British Empire) for his service to Local Government and the Community.

In 1977, the NSW Government appointed Frank to the Ethnic Affairs Commission, whose aim was to promote the integration of the different ethnic groups. He was also a founding member of the Queanbeyan Multilingual Centre

Frank worked very hard and took a huge interest in local politics, He was first elected to Queanbeyan Council in 1971, and Mayor from 1991 to 2008.  He was the first elected Mayor from a non-British background and has been the longest serving Mayor in Queanbeyan’s history.

In 2003 he was bestowed the honour of “Cavaliere” by the Italian Government for services to the Italian Community.