GIOVANNI BELLINI AND ANDREA MANTEGNA – A Presentation by Gordon Bull

On 5 August, Gordon Bull, former Senior Lecturer in Art Theory at the ANU School of Art and current member of the ANU Emeritus Faculty, gave us an enlightening presentation on two of Italy’s great Renaissance painters: Giovanni Bellini and his brother-in-law Andrea Mantegna. Both lived in the 15th-16th century, collaborated in many respects but also followed slightly different paths as shown by the distinctive features of their paintings, with Bellini predominantly focussing on colour and Mantegna on drawing. 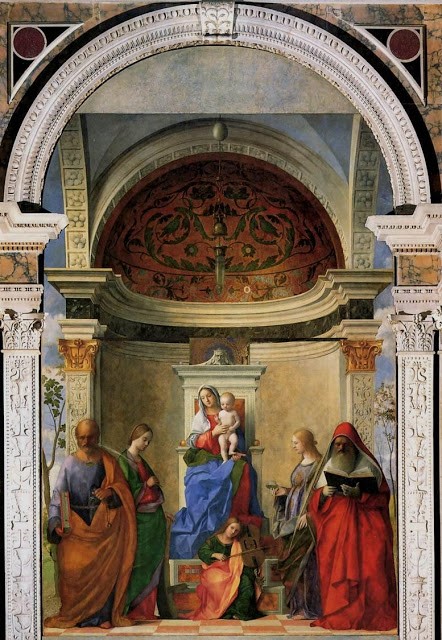 Giovanni Bellini: Madonna and Child Altarpiece in the church of San Zaccaria, Venice

At the outset, Gordon reminded us of the meaning of the term ‘Renaissance’ – rebirth in literature and art – before proceeding to compare and contrast the two painters, first by outlining their backgrounds and influences, and then through numerous images of their work.

Giovanni Bellini was born in Venice and learnt his skills from his father Jacopo, an acclaimed painter who had introduced the Florentine Renaissance art to Venice. Giovanni lived most of his life in the lagoon city, painting Madonne and altarpieces but also larger paintings, many of which were destroyed in a fire. He was influenced not only by the Florentine school but also by the North European masters. Landscapes became more and more important in his religious paintings, as did colour. 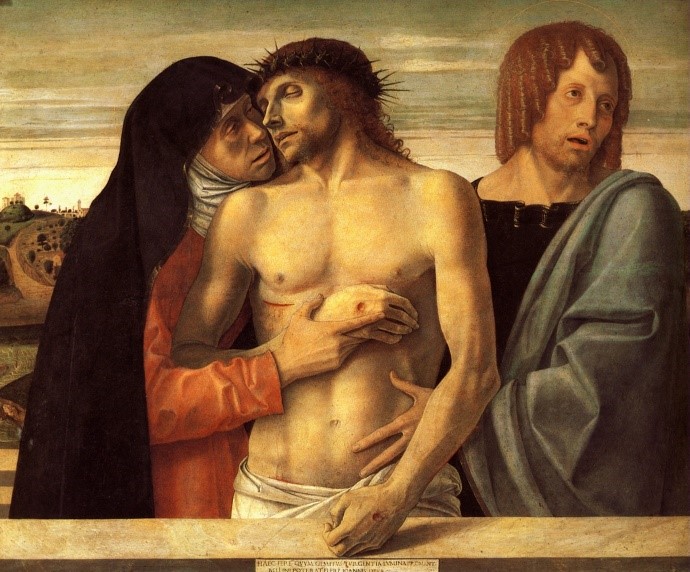 The illusion of perspective was achieved by Bellini through various strategies: the use of landscapes in the background and parapets in the foreground – and of architectural features and lunettes (which were a reminder of the domes in Venice’s St. Mark’s Basilica). These features can be clearly seen in Venice’s San Zaccaria Altarpiece and also in the Pietà, a painting that exudes tenderness.

Andrea Mantegna was born in a village near Padua and moved as a child to the Bottega di Squarcione, where he learnt not only the art of painting but also Latin. Andrea became a scholar, a collector of antique objects and court painter to the Gonzaga family of Mantua. Among his most famous works are the frescoes in La Camera degli Sposi in the Palazzo Ducale of that city. The frescoes’ most striking feature is a ceiling oculus – which uses the trompe l’oeil technique.

Mantegna is also particularly renowned for his Dead Christ in which the lifeless body of Christ is portrayed lying down but viewed from the feet. 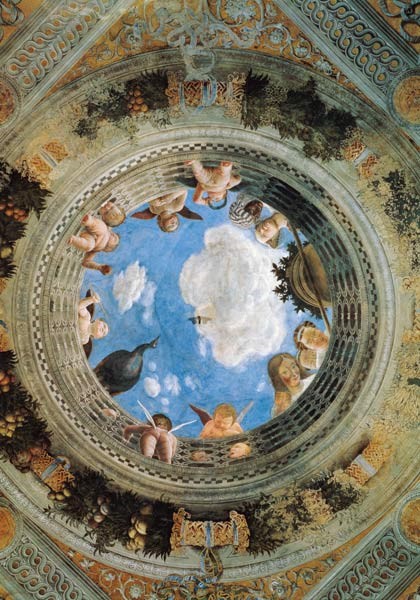 The first Mantegna painting that Gordon showed us, however, was The Introduction of the Cult of Cybele to Rome in which the figures appear to be carved in stone. He had previously drawn our attention to the art-world debate on the relative superiority of the two forms of art – painting versus sculpture. Sculptors were claiming that a statue was a superior, more realistic and complete representation of a subject because it was in 3D, but painters were counter-claiming that a painting was superior because it was capable of giving a 3D impression through a flat surface. Mantegna’s painting of the Cybele seems to support the painters’ argument.

As mentioned above, Bellini and Mantegna often collaborated and painted the same subject, for example The Presentation in the Temple and The Agony in the Garden. When comparing the two versions of the same subject, Gordon highlighted Mantegna’s greater proficiency in drawing. 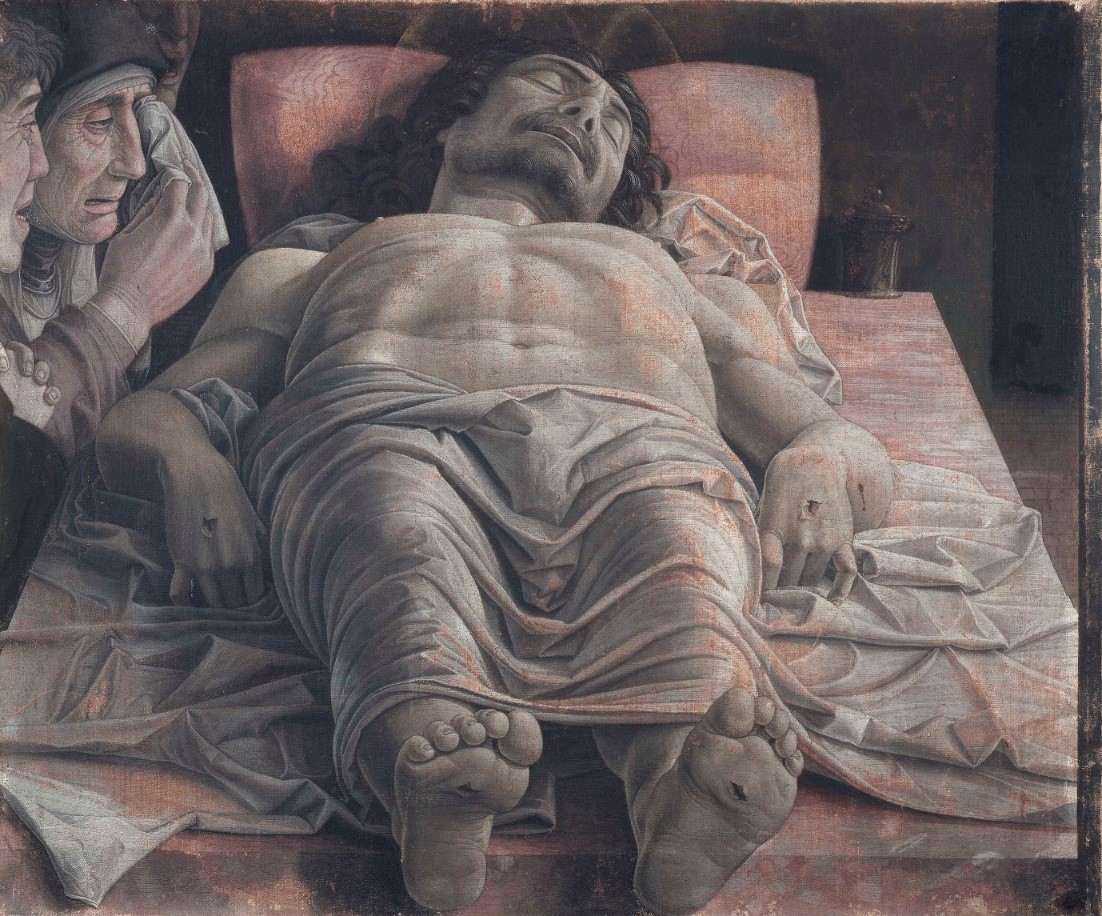 Andrea Mantegna: The Introduction of the Cult of Cybele to Rome (UK National Gallery)