Dante is celebrated as the father of the Italian language and Italy’s most famous poet. His works have been translated into many languages and people have discussed, lauded and debated his works over hundreds of years. Who was the man behind the vision? What kind of world did Dante live in? How did he “invent” the idea of the Italian language – and how did his ideas shape the future? In his earliest writings he appears to us as “Dante the Lover”: with Beatrice the object of his love. Later his love takes a spiritual turn, and he takes us on a journey through heaven and hell. The most important fact of his life is his perpetual exile from his native city of Florence. How did his exile shape his life and work? The political world in which he lived is difficult for us to imagine. It was a world in which war raged between partisans of Emperor and Pope. His political ideas were universal rather than parochial. What are some of the threads that contributed to his poetry? From Sicilian poetry of the Norman court, to the Franco-Provencal poetry of the Troubadours, to the Latin poetry of Virgil, he draws on many sources. Through these threads we see the interconnection of the European and Mediterranean world. His greatest work, the Divine Comedy is an allegory of the the human condition. Sometimes Dante has provoked great controversy and conflicting interpretations have been advanced of the meaning of his life and work. These themes will be explored together with short extracts from his  poetry and writings to bring the stories to life. 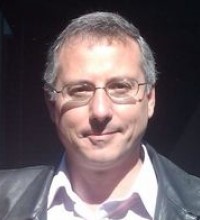 Michael was born in San Severo, Italy and arrived as a small child in Australia when his parents migrated here in the 1960s. Michael grew up in Queanbeyan and obtained a Bachelor of Law and Commerce from the University of New South Wales. Later he completed a Master of International Law and in 2016 he obtained a PhD in Computer Science at the Australian National University. He works at a lawyer at the Australian National University Students Association Inc. Michael is married with 3 children and now lives in Canberra. Michael is a writer and researcher in his spare time, and he is currently writing a series of articles titled “Italian Stories”, which he publishes on his website at https://beyondforeignness.org