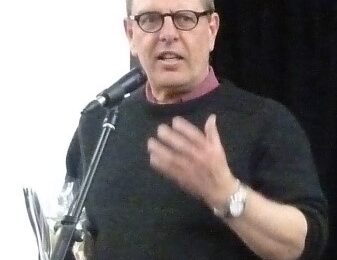 Mr Bull has lived art all his life.

He gained a degree in Fine Arts in 1984 from the University of Sydney, and a Master of Arts from the same University in 1991.

In 1991 he arrived at the ANU School of Art where he became Head of the Art Theory Workshop in 1996 before being promoted, in 2006, as Head of the School. He remained in this position till 2013. After his term as Head of School ended, he returned to teach in the Centre for Art History and Art Theory until his retirement at the end of 2017.

His publications have been in the field of Australian art, dealing with the broadest historical span – from colonial art to contemporary practice.

He is currently a member of the Emeritus Faculty of the ANU.

Gordon loves to visit Italy for all of its delights, but especially to see Italian art. He has made the pilgrimage as often as he can since 2005, roughly every two years, often at the time of La Biennale di Venezia, and most recently in 2019. Venice and Venetian art are his absolute favourites.