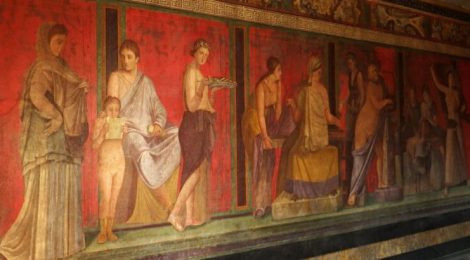 “Mi piacerebbe sposarla, ma leggendo il suo passaporto, vedo che é troppo giovane“ (“I would like to marry her, but reading her passport, I see that she is too young.” ) These were the first Italian words that I had heard and the man who spoke them was staring at me –a girl of 16 who was wearing red shorts. I didn’t understand the words but the guide translated them. I was embarrassed because all the other passengers thought that it was a huge joke and laughed. This happened at the border between Switzerland and Italy while I was on a luxury coach trip of the lakes of those countries with my great-aunt.  An officer had boarded the coach to check our documents. I was the youngest passenger – almost a baby by comparison with the others. 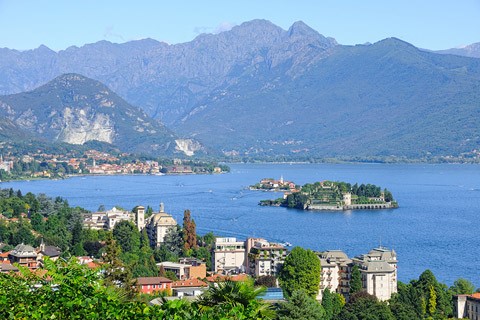 Stresa and Isolabella on the lake Maggiore

We began the holiday in England and for my 72 year old great-aunt it was her first time abroad. I was very lucky that she asked me to accompany her. We had been to Belgium, France and Germany before arriving in Switzerland and then Italy.

I remember that we stayed a few days at Stresa – a beautiful place, where there was an excursion to the Isola Bella and its fantastic gardens. I didn’t think that there was a crowd of tourists even though it was August. How different was my experience 50 years later – my next time on the island, when it was absolutely packed!

Now we must move to 1970. With my husband, I was travelling from England to Australia. We decided to come by sea because my husband was about to work for the Australian government and the travel was in first class. According to me, it was much better to have more than a month at sea instead of one day in an aeroplane, especially when the journey cost us nothing! The other thing was that the government began to pay his salary from the date when we left England; therefore, my husband was earning money during the whole journey.

The ship was Italian, the “Marconi” and we had to go to Genoa for the voyage. Unfortunately, we only had a few hours in that city, but I remember the noise. It seemed to us that all the drivers used one hand on the steering wheel and the other on the horn! I suppose that nowadays Italian drivers need a third hand for the mobile phone!

When we arrived at the port of Genoa it was necessary to go through customs. Imagine a large room with long tables and a great many suitcases. An elegant man with a cigarette in a cigarette holder in his left hand and a stick of chalk in the other was walking up and down. We had to point out our cases to him. Then with an artistic sweep of his hand he made a cross on each item and that was all! Nowhere was there a metal detector not even an x-ray machine. Security has certainly changed in the years since then.

Behind the door of our cabin there was a notice that gave instructions in case of an emergency both in English and Italian. My husband read them and then turned to me to say “We must learn ‘abbandonare la nave’ (abandon ship) because this is an Italian ship and the announcement will be given first in Italian”. Fortunately, there wasn’t an emergency.

After leaving Genoa, the next port was Naples. We tried to walk along the streets, but at each step there was a seller of wrist watches who tormented us. In desperation, we returned to the ship. Later there was an excursion to the ancient city, Pompei, to explore the ruins. In one room there was a picture behind two small, closed doors. The men among us received an invitation to see that painting – a picture a bit rude, but the women had to be satisfied with a description from their husbands.

After Naples we visited Messina, Piraeus, the Canary Islands, Durban, Fremantle, Melbourne and finally Sydney. A long voyage but you must remember that for some years after the 1967 war in the Middle East, there were still sunken ships in the Suez Canal that prevented the passage of our ship in 1970.

I recall the city of Durban, but not with pleasure. Unfortunately, the system of Apartheid was still in force.  We went to the centre of the city where we found a park where there were white and brown benches. The first were for white people and the second for the others. But there weren’t many white people there and there weren’t enough brown benches, so the people with black or coloured skin were sitting on the ground. This was only one example of Apartheid, but it made a negative impression on us. We were glad when we left South Africa.

After more than a month at sea, it was Sunday, 1st August when we arrived at Sydney. The weather was lovely, sunny and the sky clear and blue. There were sailing boats everywhere; we saw the building still under construction that would become the famous opera house. The next day we boarded a train for the last step of our journey to reach Canberra. I remember that looking out of the train window, I saw a fox and my husband didn’t believe me “There aren’t foxes in Australia!” he said.

In the beginning it was our intention to stay in Australia for three years. Heavens above, how time flies! I am still here 49 years later and I have no regrets that I left England to find a new life in this country.

← The Commedia dell’Arte, a Tale of Surviving and Transformation
WANTED SINGERS AND MUSICIANS →