Browse: Home   /   Australian Reflections for the 700th Anniversary of the Passing of Dante Alighieri 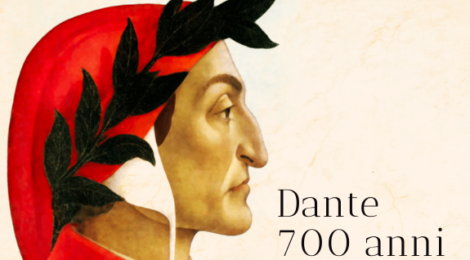 As readers of the Dante Review will know, last year was the 700th anniversary of the passing of Dante Alighieri and our own DAS Canberra together with other Dante Societies around Australia, undertook a year-long, nation-wide project to commemorate the anniversary through a series of presentations hosted around Australia. Dante of course is known around the world for his Divine Comedy which has been translated into 60 different languages and up to 200 dialects. In English alone there are hundreds of translations, not least two written by Australians: Sir Samuel Griffith (better known as the drafter of the Australian Constitution) and the Australian poet Clive James whose translation appeared in the 21st century.

The national launch of the series was hosted by DAS Canberra in March and was opened by President Franco Papandrea and Ambassador Francesca Tardioli and was addressed by an “Australian-Italian”: Professor Rodney Lokaj who has devoted his life to Italian medieval literature. Many hands of course work together to host such events and special thanks go to the members of the ACT working group, Franco Papandrea, Cathy Pere, Joshua Brown, Michael Curtotti, Fariba Imani and Alessandro Merola. Similarly each of the subsequent events around Australia: in Canberra (April), Sydney (May), Perth (June), Mildura (July), Brisbane (July), Adelaide (August), Perth (September), Canberra (October) and Melbourne (November) represented the contribution of many too numerous to mention but who also deserve thanks and acknowledgement. Together the series engaged with Dante and showcased the work of scholars, poets and a culinary expert whose journeys intersect with Dante: Professor Rodney Lokaj, Professor Gaetano Rando, Dr Theodore Ell, Paolo Totaro AM, Professor John Kinder, Mr Stefano di Piero, Dr Chris Mooney-Singh, Dr Drina Oldroyd, Mr Samuel Wagan Watson, Signore Alessandro Barbero, Emeritus Professor John Kinsella, Emeritus Professor Nerida Newbigin, Associate Professor Angela Scarino and Dr Anna Rita Tamponi. It is difficult indeed to summarise the breadth and richness of the presentations that they shared. However we can perhaps draw out some themes that allow us to gain some insight into how Dante is experienced in Australia and the responses he evokes.

Several of the presentations are personal or contain personal elements in them that illustrate how Dante has been experienced in different lives and contexts. This can be in the devotion of an entire life to Italian literature (as in the case of Rodney Lokaj and Drina Oldroyd) or in long ago but never forgotten wartime experiences where Dante was present (of Paolo Totaro). It can be personal in the context of both exhilarating and challenging the task of teaching Dante, as in John Kinder’s experience.

As is natural in reflection on the life and works of a great poet, poetry is ever present in the seminars. The papers of Gaetano Rando and Theodore Ell explore how Italian-Australian and Australian poets more broadly responded to Dante. For many such poets Dante is part of their toolbox so to speak and they can extrapolate, draw from and respond to Dante’s verses, confident that their audiences will appreciate the cultural references. Such uses can range from the evocative to the humorous.

In two cases we see how Australian poets have created their own “Divine Comedies” inspired and drawing on Dante’s creation yet diversely and intensely original in how they carry forward a Dantesque literary tradition. In John Kinsella’s case, a life time of poetic work, integrated with music and illustration, explores his ecological and pacifist concerns in dialogue with and response to Dante. The physicality of Australia: it nature and environment are intensely present in his poetry as are the sublime and profane in human nature which interacts with it. In the case of Harold Stewart, whose epic Autumn Landscape Roll is also inspired by Dante, as described by Chris Mooney-Singh, the work is entirely metaphysical and entirely grounded in Buddhist and Asian philosophy and cultural references. Both Australia and Italy are absent. Thus, Stewart carries a Dantesque tradition beyond his cultural and geographic origins. For translators of Dante, as in the case of Clive James, the work of translating Dante can be an important life project.

Dante’s presence intersects life at different points. We find it in the life of youth of the 21st century who encounter Dante in university courses, as explored by John Kinder, and in the memories of older Italian-Australians, who reconnect with Dante far into their elder years. It is found in the older years of Australians more generally, who in their retirement and of diverse backgrounds might seek out Dante in the University of the Third Age.

It represents the connection between Italy and Australia. We see this in the opening address of Ambassador Francesca Tardioli that launched the national series. We see it in the ongoing assistance provided by the Italian government to the teaching of Italian in Australia as described by Rita Tamponi in her presentation. We see it in the words of Italian-Australian poets. We see it also in the presentations of Rodney Lokaj and Alessandro Barbero, both Italian experts in the field, though in Rodney Lokaj’s case he is an Australian-Italian and has made the opposite migratory journey to the one with which we are more familiar.

Moreover the cultural connections of Dante’s work is multidirectional. While for Italian-Australians it is especially part of our community’s cultural heritage; this is also true for Australians generally due to Dante’s adoption in English literature in the same era as British arrival in Australia. Dante’s work can transcend culture and re-manifest in new forms as in Harold Stewart’s already mentioned poetry in Asian context. For indigenous Australians, Dante’s imagery can be used to speak of the “hell” and “purgatory” of colonisation, as exemplified by Samuel Wagan Watson’s presentation and, as part of the cultural package of colonisation, it can also represent the destruction that followed it. Dante’s words evoke the long divide and hostility between Christian and Islamic worlds – yet in its quiet unnoticed spaces it can also serve as a register of connection: of shared stories and histories. Moreover Dante’s words connect us with poetic traditions that stretch back to Ancient Rome and the almost legendary era of Homer.

Sometimes engaging with Dante is difficult for 21st century audiences. This can be when his portrayals reveal medieval intolerance and prejudice, as some of his portrayals of some Muslim figures do. His portrayal of suicide and homosexuality raise similar difficulties. As John Kinder explores in his presentation, these portrayals in Dante are not everywhere black and white and the exploration of such difficult questions is particularly important to younger readers of Dante.

Another area of investigation is encountered in the gendered voice of Dante as a male medieval poet – which places women in certain roles – although the figure of Beatrice is in some respects radical in a medieval theological context. Such questions were raised by audience members following the presentation by Alessandro Barbero. For John Kinsella, the vengeful in Dante, is discordant and unpleasant, but nonetheless “to retell the good he finds there” John Kinsella is drawn to devote a life to dialog with Dante.

The last, focussing on the illustrations of William Blake, remind us that each generation and audience has its own questions. To Blake’s Protestant sentiment, as Cathy Leahy observes, Dante’s Catholic theology was an issue. While creating his transcendentally beautiful representations of Dante’s words, Blake at the same time struggled with the veneration of the Virgin Mary that is part of Dante’s world view.

Cathy Leahy’s presentation, together with the presentation of Nerida Newbigin highlights important national collections that relate to the Divine Comedy. In the first instance the collection of Blake illustrations is world class. Nerida Newbigin’s presentation was concerned with the Dante collection at the University of Sydney and of an exhibition unfortunately postponed due to COVID. The richness of the collection is astonishing and illustrates the importance of Dante in Australia. These two of course stand for many other collections that are found around Australia.

Professor Alessandro Barbero’s presentation from Italy, hosted by DAS WA, was the only presentation actually made in Italian and it brought the expertise of a leading writer on Dante to the series. He took participants to the life and reality of Dante and his influence in the world in a question and answer format. It marked a fitting celebration of Dante’s significance. To Alessandro Barbero the significance of Dante is that he invites us to understand and fulfil the duty of human nature.

The presentation from Mildura by Stefano di Piero reminds us that the poetry of Italy’s food is even more powerfully experienced in Australia than the poetry of Italian verses. In Mildura they combined both. Yet even here, Dante is present also in the recollection of a faraway Italian classroom where as children or youth, Dante was part of life, as it is in an Australian country town.

Taken together, the presentations, from around Australia, and two from Italy and another from Asia, show the pervasive reach and significance of Dante to Australia’s national life. Sometimes that presence is all consuming as we have seen in multiple individual lives; and sometimes it is in the quiet spaces – enriching our reality in remembered snatches of Dante’s verses.

The many words we say about Dante and his poetry at the end draws us back to him, back to the beautiful lyrical words of an exile, whose passionate words still stun us with their beauty, their diversity and with the depth of their reflection.

If the past is any predictor of the future, we may expect that a hundred years from now, even though Australia will have changed in ways we cannot now imagine, there will be new generations who engage with Dante, discuss, debate and appreciate him, and perhaps they will draw pleasure from recalling the efforts that was made by our generation to fittingly observe in Australia the 700th anniversary of Dante’s passing.

Presentations made during the year have been collected or summarised in a shortly to appear ebook Dante Under the Southern Cross 2021 – Australian Reflections for the 700th Anniversary of the Passing of Dante Alighieri. Finally it should be noted that many other organisations in Australia held their own Dante observations during 2021, although it is beyond the scope of this article to review them.