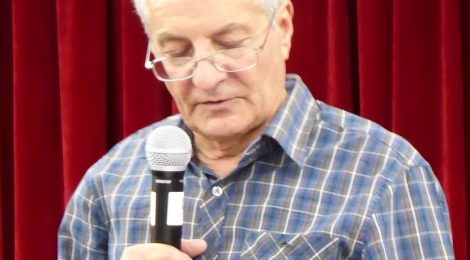 On 22 November 2018, Frank Pangallo MBE gave a very interesting talk to the Dante Society of Canberra, entitled The long political life of an Italian in NSW.

He described how his family migrated from Calabria in 1948, when he was a small child, and settled first in Griffith, and then in Queanbeyan. At the suggestion of a friend, he stood for the local council, and eventually was elected Mayor. He held that office for 17 years, from 1991 to 2008, making him the longest serving Mayor of Queanbeyan.

In 2003 he was made Cavaliere by the Italian Government, having already been made a Member of the British Empire in 1977.