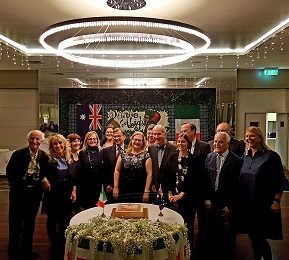 Representatives of Dante Alighieri Societies around Australia gathered in Mildura, Victoria from 27 to 30 September 2018 for the biennial National Congress, hosted by the local Society and chaired by its President Lina Kadziela. Inspi

red by Mildura’s geographic setting, the Congress’s theme was appropriately titled Dante Nel Deserto, and the host committee took the opportunity to showcase noteworthy features of the district by the choice of location of related meetings and events in both Mildura and the neighbouring town of Buronga in NSW – just over the Victorian border. 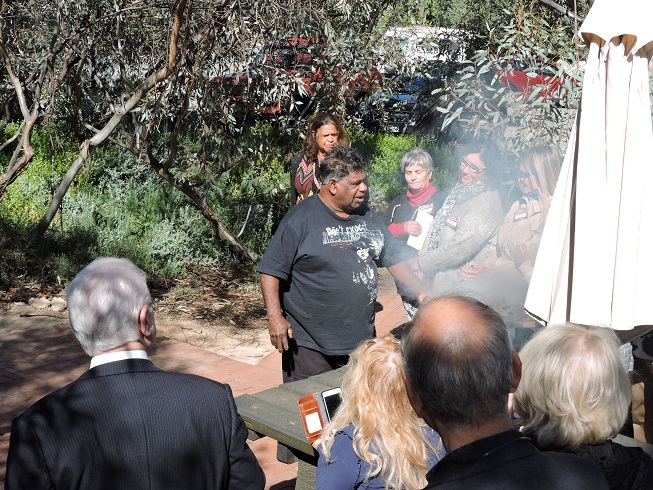 of Italy in Melbourne, Pierluigi Trombetta; and the Director of Educational and Cultural Office at the Italian Embassy, Anna Rita Tamponi, representing the Ambassador, H.E. Stefano Gatti. The DAS of Canberra was represented by the President, Franco Papandrea; and committee members, Luigi Catizone and Cathy Perre.

The official opening of the Congress on Friday 29 October began with a traditional welcome to country
‘smoking ceremony’ conducted by elders of the local
Indigenous Community. Reports of the Dante Societies
outlining their programs and activities following the official addresses and highlighted the variety of methods and initiatives used to promote Italian language and culture as well as the opportunities and challenges they faced in engaging with the great diversity of cultural backgrounds that typifies local Australian communities. The reports provided information about language course offerings, prizes and competitions for students, cultural activities and programs, and a range of other specific local initiatives. Challenges to the ongoing sustainability of local committees posed by an ageing membership and difficulties of engaging with younger generations were common elements of several reports.

The Congress provided a great opportunity for the Central Office Delegation to outline the recent changes in Italian Government policies for the promotion of Italian abroad, which include a greater involvement of the Dante Alighieri Society. As part of this new approach, following a call for proposals, the Society’s Central O 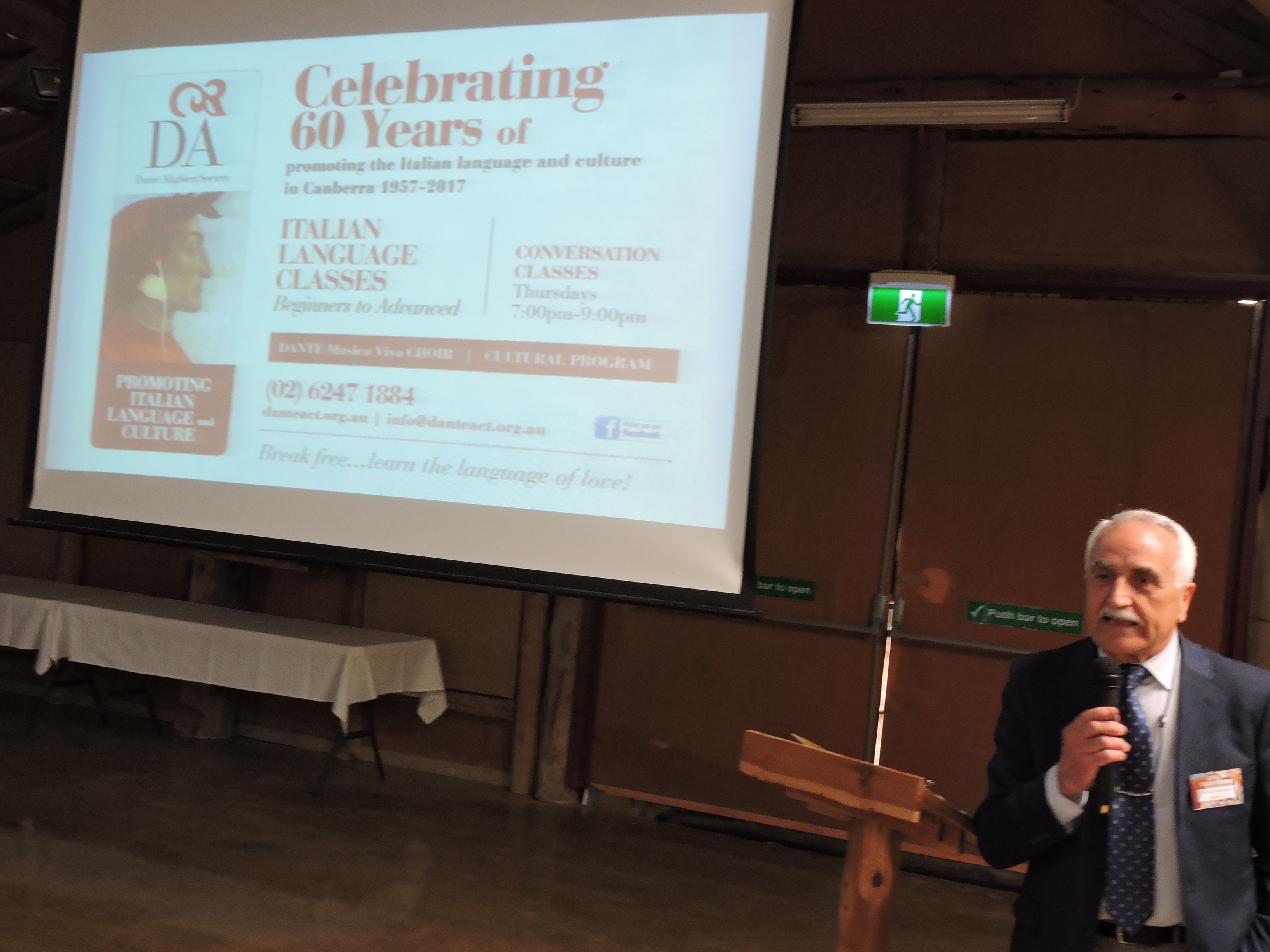 ffice had recently awarded 27 grants to overseas Committees with a total value of €100,000. The Canberra Committee’s proposal to develop a new language course specifically for descendants of Italian migrants was highly favoured and received the largest grant (more than twice the average amount allocated). The Delegation also outlined a range of opportunities available to local committees through greater engagement with Central Office initiatives such as PLIDA (Progetto Lingua Italiana Dante Alighieri) and its Italian Language Schools for Foreigners in Rome, Milan, Florence, Bologna and Torino.

Dante Nel Deserto showcased Mildura’s substantial Italian immigration heritage dating back to the 1920s and many of the district’s prominent locations including the Australian Inland Botanical Gardens in Buronga, the Perry Sandhills in Wentworth, Club Da Vinci, and the Old Mildura Homestead Cottage. The program also showcased its young talent with musical and poetic performances by school students learning Italian.