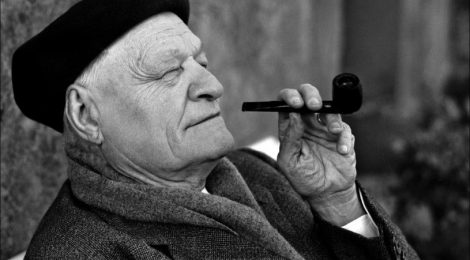 Giuseppe Ungaretti is one of the major Italian poets of the XX century. He was born in Alexandria (Egypt) in 1888 and died in Milan in 1970. He was also a journalist and essayist. He taught Italian Literature at the University of Sao Paulo (Brazil) and the University of Rome. He published several poetry collections but the best known is L’allegria, inspired by his experience in the trenches during WWI.  He was also acclaimed for his translations of English and French poets (Shakespeare, Blake, Mallarmé and Racine). He’s described as a modernist poet, who experimented with hermeticism and who was influenced by symbolism.

In 1969 Ungaretti was one of the nominees for the Nobel Prize in Literature.

in me che fuoco nuovamente scova

Secret of the poet

Alone I have the night as friend. / With her I can forever pass / instant to instant, hours not vain / but time to which my pulse beats as / I would, never distracted.

Thus when I feel, / as once again it leaves the shadows, / the hope, immutable / in me, that flame dislodges newly, / restoring in the silence / to your earthly gestures, / so loved they seemed immortal, / light.