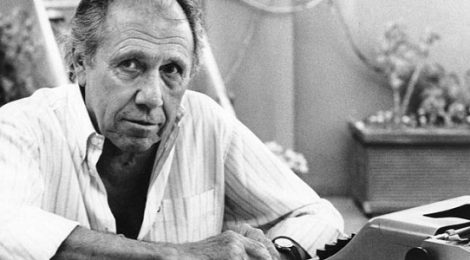 NELO RISI (21 April 1920 – 17 September 2015) was born in Milan and studied medicine but never practised the profession opting instead for journalism, film-making, script writing, poetry and translation of literary works, especially poetry. He fought on the Russian front during WWII, then moved to Paris where he collaborated with other film directors to produce documentaries on the human impact of the war in Europe. He lived mostly in Rome.

He won the 1970 Viareggio Prize for his poetry collection  Di certe cose che dette in versi suonano meglio che in prosa  (About certain matters that sound better in poetry than in prose). His poetry style – described as “poetics of the usual” – portrays everyday life through a basic, simple language. This can be easily seen in the following poem which gives a glimpse of a much-loved tourist destination in Rome – the Spanish steps that lead from Piazza di Spagna to Trinità dei Monti.

On these moth-eaten
marble stairs
worn out like soles
where the rain’s just stopped
and still deserted, this morning
at first sun I feel so fine
that I take a deep breath in my mind –
even the newspaper
speaks of relaxing tensions.