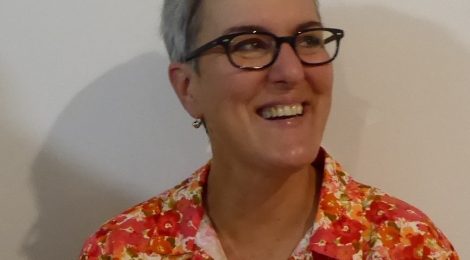 Both of my parents were born in Italy. Their families come from the same town—Montagna in Valtellina, which sits two hours north of Milan in the Italian Alps. They migrated to Australia separately during the 1950s: my mother as a fifteen-year-old with her family, and my father as an eighteen-year-old who came to join his two older brothers who were working on farmlands in Inglewood, QLD.

Both of them settled in the same part of Australia, in the regional area outside Penrith, New South Wales. They chose that area because there were other people from Montagna living there, and because there were good prospects of acquiring land and making a living by farming. At that time they grew mainly cabbages and pumpkins and took them to the Sydney markets. My uncle was fond of saying that those days, a successful crop of cabbages would be enough to buy a house!

When I was nine we took our first trip back to Italy by boat. It took six weeks, via South Africa. The main purpose of this was for my father to go back to visit his parents. I spoke the local dialect, played with the local children, and went to the local school. One highlight of going to school was when in November it started to snow, and I was allowed to go outside and play.

I went back to Italy when I was sixteen, and then again when I was 21 after I had finished my teaching qualification in Australia. I stayed for a year, and during that time I went to the University for Foreigners in Perugia. During the other months I travelled around Italy to places like Campania, Tuscany, Liguria, Abruzzo and Lazio.

From my early life I aspired to be a teacher and this is what I became. I have spent my career working in primary schools, and much of that was teaching Italian. In the mid 90s I travelled with my husband and eldest daughter with a group of Italian teachers to Siena for a professional development course. At that time my daughter had the opportunity to attend primary school in Siena. I have an interest in other cultures and during my adult life I have also lived in Aboriginal communities, and spent one year living in South Korea after my second daughter was born. In more recent years I have started travelling back to Italy more frequently.

During my years as a teacher, working in a Steiner-oriented school introduced me to singing with children. This, alongside my taking singing lessons with a colleague, cultivated a greater interest and love in the use of the voice as an instrument. While living in the Blue Mountains I sang in choirs, and upon moving to Canberra was delighted to find an Italian choir where I can share friendship, a love of music and connection to culture.