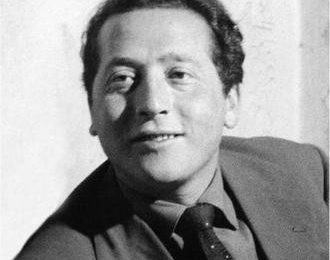 In my last column of 2019 I selected Rocco Scotellaro and included two short poems of his. I wish to share with you two more poems in this edition.

As I said, Rocco Scotellaro was born in 1923 in the province of Matera, an economically disadvantaged part of Southern Italy. Throughout most of his life he was heavily committed to improving the society in which he lived, especially the lot of peasants and workers. He became mayor at 23, was a unionist and a social researcher. His poetry is described as neorealist and characteristically portrays peasant life with moving authenticity.

Rocco died young, in 1953, and most of his poetry was posthumously published, including a collection edited by renowned writer Carlo Levi that won the Viareggio prize in 1954.

They walk on cats’ paws

Suddenly the evening touched us / me, my papers, the piece [I would say ‘patch’] of light / on the room’s brick wall. / It’s gotten so dark / I feel fear within me. / The life of small noises / has started up again. / The spirits of the neighbourhood dead / are on the rooftops, they walk on cats’ paws.

Here is Smith’s translation, about which I have some reservations which are indicated in square brackets:

Lie down [I would say ‘Lying down’] at the foot of the elm, / the sky has fewer stars because of the wind. / The Pleiades were [are] burned to ashes, / the Bear was smashed [is broken up] on the clean horizon.

I want you, not gulps of strong wine / or oregano and salt on bread. / You’re still lying there / wounded by some guy who shot craps with you [played lots with you].