The O in the title refers to the old or original South Wales, that region of the United Kingdom after which captain Cook named south east Australia in 1770.  His choice of name remains a mystery.  Apparently Cook never recorded any reason for the names he bestowed on various places during his voyages of discovery. Experts in the geography, flora and fauna of both regions can find no resemblance whatsoever between the two. 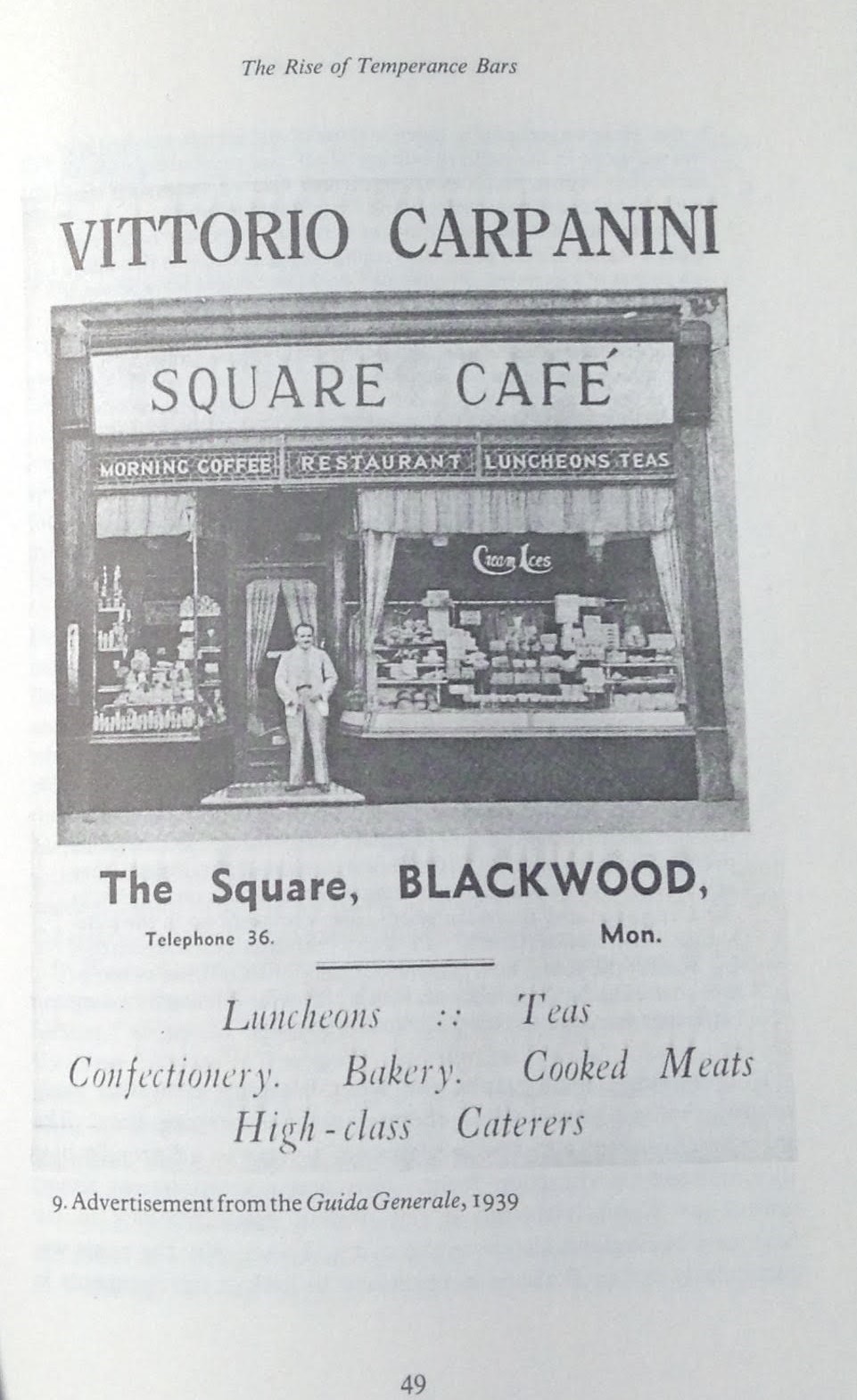 However Captain Cook’s choice of name is not the purpose of this article. Rather, having recently read a chapter in a book (The Italians in Australia, Australian Ethnic Heritage Series, 1987) on the Italian community in New South Wales I thought that it might be interesting to pen some brief notes on the origins of the Italian community in Old South Wales.  For most of the 20th century almost all the cafés in the towns and villages of South Wales were owned and managed by families of Italian ancestry. The mining town of a few thousand inhabitants in which I grew up boasted six cafés.  Two of these were owned by the Restighini and the other four at different times by the Minoli, Lusardi, Rossi, Servini, Carpannini and Conti families.  What is also of interest is that all these families came from the same small area in the commune of Bardi in Emiglia Romagna. The 1931 census will give an idea of the importance of this migration (The Italian Community in South Wales 1881-1945, Colin Hughes, Seren Books, 1991). In that year the population of Bardi was 6,000 and there were 1,500 inhabitants of South Wales who were born in Bardi. Given that the first Bardigiani had arrived in South Wales in the 1880’s the total population of Welsh inhabitants of Italian ancestry would have been much bigger – who knows it might  have been bigger than the population of Bardi itself at that time.

How did this come about? For the answer we have to go back to the late 1800’s.  At that time Wales differed from the other celtic nations of the United Kingdom – Scotland and Ireland – in that it was a country of immigration and not emigration. Thanks to the coal and iron industries the South Wales economy was booming.  Measured in terms of tonnage Cardiff was the most important port in the world and London was the only other city in Britain to have a bigger  population of foreign born residents. Among the migrants attracted to this new land of opportunity were some Italians living in London who had originally emigrated from Bardi. One of them a certain signor Bracchi very soon spotted an opportunity to exploit in Wales.  At that time the country was very religious with a strong attachment to the numerous non conformist chapels legally termed dissenters because they refused to accept the doctrine of the established (Anglican) church. The only other outlet for relaxation or refreshment were the pubs but frequenting – or perhaps being seen to frequent – these establishments was considered incompatible with religious observance. They were also not allowed to open on Sundays the only day on which the miners and ironworkers did not have to work. So signor Bracchi decided to open a café selling soft drinks, tea and coffee and later cakes and ice cream. Such was the success of Bracchi’s enterprise that word got back to Bardi sparking  a wave of immigration that lasted well into the post world war 2 years. Over time the offerings of the cafés expanded to include pinball machines, sometimes a billiard table and in their heyday the juke box.  For many years the cafés were called Bracchis irrespective of the name of the owners. Many were also called temperance bars, a name borrowed from the temperance movement a 19th century anti-alcohol lobby that was particularly powerful in Wales.

Regrettably the last 30 years has seen a decline in the number of these cafés. The last one in my home town, Rossi’s Square Cafë closed some five years ago. Their place has been taken by Chinese takeaways or by Britain wide chains with names such as Costa Coffee and Café Nero so perhaps there is still a link with Italy. My contemporaries and old school friends who initially did continue in the family business finally retired  as journalists, bookmakers and dentists. However on a recent trip back to Wales I visited the Welsh National History Museum  in Cardiff and was very pleased to see that their coffee shop is called Café Bardi.