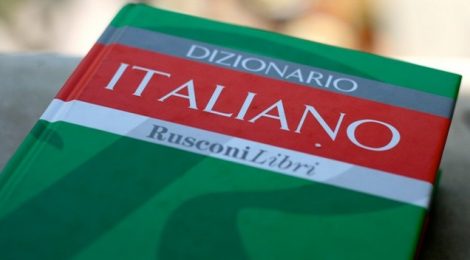 The English word to fall is commonly used with adjectives in a variety of situations. The common meaning of the verb is cadere but there are many expressions where you would sound a bit ridiculous if you used cadere followed by the English adjective. Here are some instances: to fall ill = ammalarsi [this is a reflexive verb that requires the auxiliary essere, so you would say mi sono ammalato/a durante il viaggio all’estero – I fell ill while travelling overseas]; to fall pregnant = rimanere incinta (always feminine!); to fall asleep = addormentarsi [another reflexive verb];  and the interesting idiomatic expression to fall head over heel in love with someone translates as – perdere la testa per qualcuno (literally, to lose one’s head – something that probably happened to all of us at some stage….).

Some students find it difficult to distinguish between prendere and portare. The former commonly means to pick up/catch whereas the latter one usually means to take/carry. For instance: Passo a prenderti alle 15:00 e ti porto alla stazione. Ti va bene? = I’ll come to pick you up at 3 pm and I’ll take you to the station. Is it OK with you?  Hai portato il cane a fare una camminata stamattina? = did you take the dog for a walk this morning? But notice this example: Hai preso la medicina per la pressione sanguigna? = have you taken the blood pressure medicine?